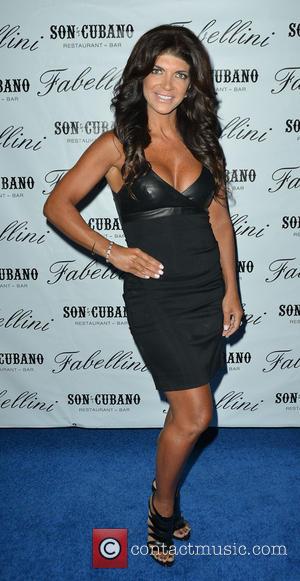 The Real Housewives of New Jersey star and her husband Joe were convicted of fraud charges in October (14). She was sentenced to 15 months and Joe was slapped with a 41-month sentence for their roles in a bank and mail fraud scandal.

Teresa turned herself in to authorities at the Federal Correctional Institution in Danbury, Connecticut at 3am local time, seven hours before her scheduled intake.

Her lawyer James J. Leonard, Jr. tells NJ Advance Media, "She was ready... Teresa is a very strong woman, she won't have any problems in there."

Joe will begin his sentence once Teresa is freed. He faces deportation upon his release because he is not a U.S. citizen.

The couple, both 42, has four daughters.