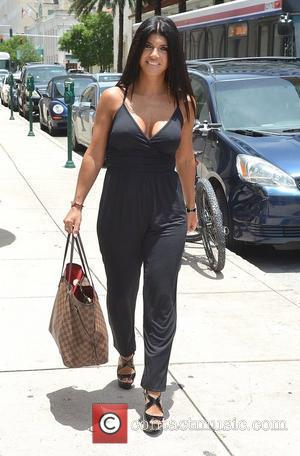 Picture: Teresa Giudice arrives at Books and Books ahead of her signing for her new book 'Fabulicious!: Fast & Fit' Coral Gables, Florida - 09.06.12

Teresa Giudice and Jacqueline Laurita aren't exactly the best of friends on 'The Real Housewives of New Jersey', but nobody could have predicted the ferocity at which they went for each other during a fight on Wednesday's show (June 20, 2012).

It all began when Jacqueline invited Teresa over for a frank conversation about their friendship. She picked up on the tabloid headlines about Teresa going to jail and was genuinely worried about her friend. However, that's not how Giudice saw it, telling the camera, "I don't know if Jacqueline's crazy, if Jacqueline's psycho.Something's going on with Jacqueline". Laurita brought up Teresa's alleged Twitter conversation with former 'Real Housewives' star and villainess Danielle Staub, asking her, "What made you hate me that much that you would Tweet someone who hates me that much?", with things exploding from then onwards.

Fellow housewife Caroline Manzo joined the argument, but it only proved to make matters worse. She reiterated to Teresa that they pair are no longer friends, with Jacqueline sticking the boot in and claiming she would distance herself from Teresa and her family "for [her] health". The fourth season of the popular reality show opened with 2.95 million viewers, the highest opening of the series and the highest season premiere ever for the Bravo network.