15 year old Gia Giudice posted a loving tribute to her father as he handed himself into prison authorities to begin his 41-month sentence for fraud.

Teen star of ‘Real Housewives of New Jersey’ Gia Giudice has shared a heartbreaking image of herself and her father on the day that he reports to prison to begin nearly three and a half years behind bars.

The eldest daughter of Teresa and Joe Giudice, 15, posted a selfie taken at the Blu Alehouse at the weekend, which was thrown as her father’s ‘going away’ party. “Always and forever” the teenager captioned the father-daughter snap on Instagram.

Joe, 43, also shared an emotional farewell with his wife as he surrendered himself to prison authorities at Fort Dix Federal Correctional Instituion in New Jersey on Wednesday (March 23rd). He is set to serve a 41-month sentence after he and his wife pleaded guilty to multiple counts of fraud two years ago.

As part of the deal struck with prosecutors when they were sent down in 2014, Teresa and Joe have been allowed to serve their sentences separately in order so that one parent may stay and raise their four daughters – Gia, Gabriella (11), Milania (10) and Audriana (6). 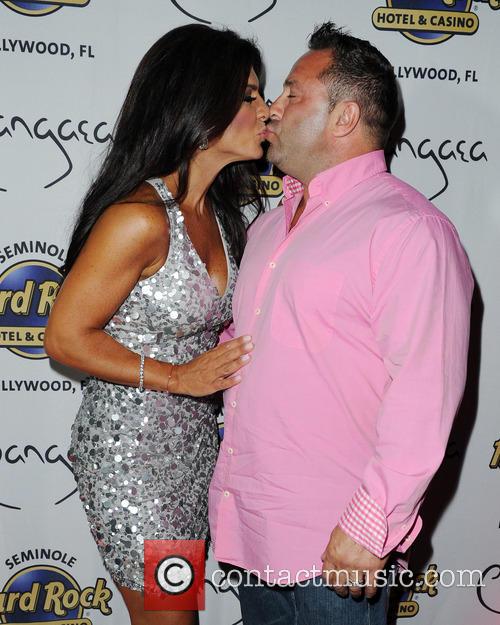 Teresa finished her 11 month stretch in February this year, with authorities granting a month’s overlap so that the couple could spend time as a family before Joe began his sentence.

The family’s attorney told Us Weekly in a statement on Wednesday: “His brother, his sister and several other members of the Giudice family, as well as myself, were present when he turned himself in to the prison, including Teresa… …It was obviously a very emotional day, but this is a very strong family with a tremendous support system and they will get through this, just as they did when Teresa was away.”