She learned a lot about resourcefulness behind bars.

Teresa Giudice must be seriously relieved to be out of prison after spending almost a year behind bars for fraud. Jail is, after all, a far cry from the lavish lifestyle of fortune and fame she enjoyed as a part of the reality show 'The Real Housewives of New Jersey', but she still managed to learn some neat hacks to make life just that little bit more bearable. 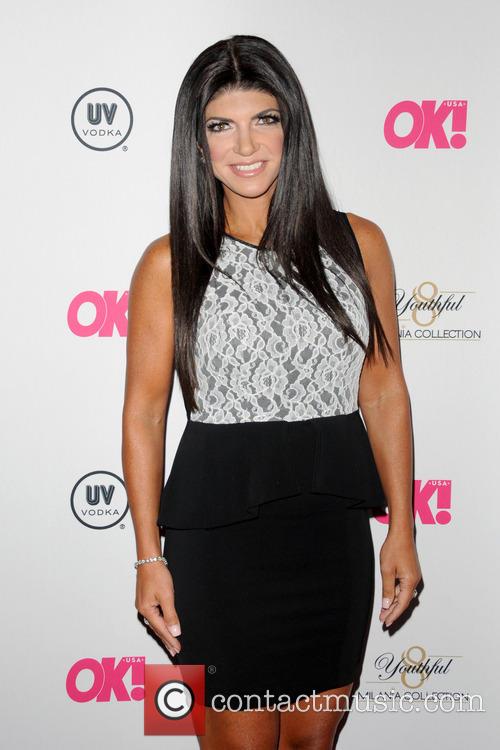 In a new book, 'Turning the Tables: From Housewife to Inmate and Back Again', Giudice details her time at the Federal Correctional Institution in Danbury, Connecticut, and while some of the situations she encountered were extremely unpleasant (inmates having sexual relations in her cell, being scrutinised the most because of her celebrity status and being served expired food) there were ways to get around certain things.

Well, maybe not the things mentioned (though she did go on a diet to avoid the majority of the bad food), but dealing with everyday sanitation, personal comfort and the occasional snack soon became second nature. She even got to attend parties, watch TV and read magazines which certainly helped pass the time. Here are just a few of her top tips for prison survival:

1. Maxi-pads are multi-functional - One thing a women's correctional facility never runs short of is maxi-pads, and it so happens that the aren't just useful as feminine hygiene products. According to Giudice's new book, they can also be used to remove make-up and can be fashioned into shoes to wear in the shower to avoid fungal infections.

2. Vicks is a wonder cure - Vicks VapoRub is an internationall lauded product when it comes to dealing with coughs and colds; it's like an instant sinus unblocker. But apparently, the relieving properties are good for many ailments. 'When you can't breathe put Vicks underneath your feet and then put your socks on, if you have a pimple put Vicks on it, if you have a headache put Vicks on your temples', she told Us Magazine. 'Vicks cured everything. You can even drink Vicks.'

3. Vitamin E gives you great skin - While Giudice wasn't able to get hold of the luxury brand skincare products she's used to, she had to improvise to keep her skin in tip top condition. And that means picking up multi-vitamins to combine with the bog-standard moisturiser. 'Whatever moisturiser we would buy we would get the Vitamin E tablets, cut them up and squeeze them into the lotion and then mix it together', she revealed.

4. Potato chips can be a meal - The three meals a day at Danbury Correctional left much to be desired, with reports claiming that some of Giudice's fellow inmates even found maggots in their rice dishes. Potato chips happened to be some of the only safe food on the premises, but they can hardly substitute a meal - or can they? 'This one thing that they would always make, it was called a potato log', she explains. 'It was a bag of potato chips, you add water, you crush it then you spread it out and then you put chicken or mackerel in the middle and you roll it.'

5. Prison couture - One thing that really stunned Giudice on her arrival was the resourcefulness of the girls she was living with when it came to fashion. According to her book, during one girl's birthday party, the women made her a dress out of t-shirts. 'She loved it and ran down the hall to the bathroom to try it on. She came back out and modeled it for us, pretending to walk like a supermodel on the runway-but in the streets of Danbury', she wrote. Well, that's one way to make the most out of the otherwise unflattering uniforms!