Tenacious D rocker Kyle Gass has branded Meat Loaf an "ass", after the heavyweight rocker refused to star in new film TENACIOUS D AND THE PICK OF DESTINY for less than $1 million (GBP510,000). GASS and bandmate Jack Black always promised to cast Meat Loaf in the long proposed movie, and when the film finally came to pass the Bat Out Of Hell star knew he could hold out for big money Gass says, "The man's an ass. Meat Loaf knew he had us over a barrel because we'd told everyone he was in the movie before he signed. He wanted, I believe, a million dollars. "We were like 'Meat, you can't have a million. I guess we're going to have to go somewhere else.' "We called his bluff, he came back with his tail between his legs, and the result is cinematic history." 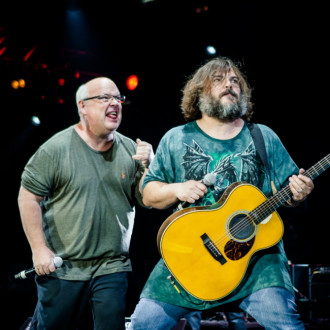 Tenacious D pay tribute to The Who for charity single