Review of E s t a r a Album by Teebs

Teebs - or Mtendre Mandowa to give him his arguably more evocative real name - is a Los Angeles resident and affiliate of the city's prescient Brainfeeder collective; a posse of unorthodox beat makers steadily deconstructing hip hop by creating a thousand other splinter movements that sound like they're from another planet. With Mandowa busy on numerous other projects in between, 'Estara' follows a surprisingly long wait as the follow up to his 2010 debut 'Ardour'. 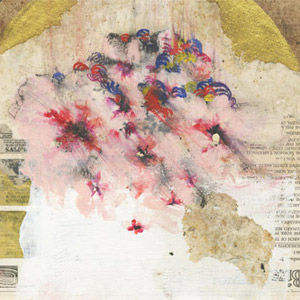 Unlike some of his loosely associated peers (The Gaslamp Killer, Tokimonsta, Samiyam), Mandowa's focus is much less break orientated - his preference being more for hazier sunscapes and layers of disorientated instruments. As a sound, it's best described as somewhere between Boards of Canada on happy pills and the fluttery organic ambience of Susumu Yokota on his landmark release 'The Grinning Cat'; definitely making it pristine ear nourishment in a ballistic world.

As ever, this approach is an acquired taste that will leave the traditionalists searching for a foothold, but there are fragments of normality to cling on to. Mandowa's approach is to smother the listener in layers with the reduced beats and plaintive vocals of 'Holiday' making for an unlikely love song, whilst two notes of guitar loops and the water falling bells of 'Shoouss Lullaby' point to less comfortable territory. Here, then, is an artist who makes music in his apartment that feels like it should be played in a vineyard, or by the sea; the warmth and clear-eyed beauty of 'Piano Months' a summer holiday song for the deserted beaches of our dreams.

It's hard to accept that this spacious and articulate record was produced using software and a laptop, but perhaps it's testament to living without the constraints of a creative process using anything other than anyone else's instruments. Being hyper critical, there are a couple of briefer snippets here ('Piano Days', 'Mondaze') that are too fleeting to be anything other than the beginnings of great ideas; brevity doesn't mean they're not any good, the short preludes are just frustrating. The apex here though is on 'Hi Hat': mellow funk, a wetness and finer contours juxtaposed to a harder edged drum loop than the listener has got used to.

Perhaps unsurprisingly for someone creating tunes by computer that sound so analogue, Teebs' approach can end up finding him unsure when a piece is finished or even begun, a state of mind he describes not unreasonably as "Just a feeling". 'Estara', like the process it's created from, revels in being incomplete; in roughness, ambiguity and a lack of perceptible boundaries. The doors of perception can, it seems, be charmed open rather than torn off at the hinges. 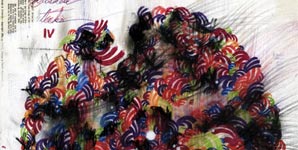