The fifth full-length album from folk-pop singer-songwriter Teddy Thompson is another solid offering that cements a musical blend already near perfected on 2008's A Piece Of What You Need.

Opening track 'Looking For A Girl' is a bright and chirpy upbeat pop song with a flavour of Counting Crows. Like many of Teddy Thompson's songs, the track has a simple harmonic structure; this track based around the straightforward 12-bar blues but all the same has a strong beat and catchy melodies. The son of brit-folkers Richard and Linda Thompson, Teddy Thompson's music is Radio 2-friendly country tinged folk-pop that suggests a range of influences from said genres; with its' natural, effortless sounding vocals, much like other tracks, 'Delilah' sounds Thompson as something of a more folk Bubl'.

Later on the album, 'Over And Over' opens with rough folk fiddle which is then joined by picked acoustic guitar. The track lilts along contrasting those that preceded it with a sombre sounding tonality that, along with gestures of solo fiddle throughout, gives it a slightly foreign sounding feel. Again, 'Take Me Back Again' starts with a similarly thin accompaniment, down tempo with sorrowful, pleading lyrics and smooth strings before the drums kick into a busier part for verse two and the track drives forward. Already Teddy Thompson has evidenced great vocal flexibility interspersing his lovely strong rich tone with glimpses of smooth falsetto. 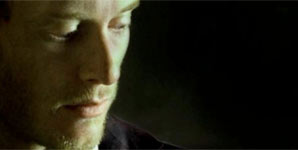 Following a 'sixties sounding duet with friend and fellow singer Jenni Muldaur, 'Home' sounds delicately picked acoustic guitar and sensitive plucked double bass together with suggestions of warming strings colouring the mix. In the vocals, songwriting and orchestration throughout this and numerous other tracks on Bella, there's a strong flavour of great inspiration Rufus Wainwright; a talented friend and former collaborate of Thompson. Suggestions of woodwind and pizzicato strings also bring more timbres to the gentle lullaby, 'Home'. Complimentary to Thompson's soothing, gentle vibrato, the same sensitive instrumentation and smooth string accompaniment continues through the down tempo ballad 'Take Care Of Yourself' which hosts a luscious string ensemble intermission followed by Thompson showing off a perfectly pitched higher range vocal. Before concluding Bella with a similarly gentle, down tempo string-laden number 'Gotta Have Someone', Thompson & Co echo a more up-tempo, stomping feel through 'The One I Can't Have'.

A solid and inoffensive collection of honest-lyriced tunes, Bella evidences a well-balanced mix of upbeat and chirpy alongside heartfelt down tempo. The superb songwriting ability of Teddy Thompson is once again echoed through his content blend of Radio 2 friendly folk-pop meets country meets rock and roll.