Oscar Diggs is a magician in a circus in Kansas who has about as much moral fibre as he has accomplishments to his name; that being none whatsoever. However, all that changes when he is magically transported to the land of Oz after his hot air balloon gets caught in a ferocious storm. He is about to have his ethics and his trickery put to the test after initially seeing the colourful and sparkling new world as a way of gaining the fortune he so longs for. Things change when he meets three beautiful witches Theodora, Evanora and Glinda who doubt his so-called magical powers are genuine but do believe he could still be great and powerful like the rest of Oz believe him to be if he saved the land from the wicked witch and became the righteous man he truly ought to be.

This vibrant Disney adventure has been adapted by director Sam Raimi ('The Evil Dead', the 'Spider-Man' trilogy) and screenwriters Mitchell Kapner ('Romeo Must Die', 'The Whole Ten Yards') and David Lindsay-Abaire ('Robots', 'Inkheart', 'Rise of the Guardians'). It has been based on the 1900 novel 'The Wonderful Wizard of Oz' by L. Frank Baum and serves as the prequel to the 1939 movie 'The Wizard of Oz'. Due for release on March 8th 2013.

Oscar Diggs is an ethically-challenged circus magician who seeks fortune and recognition for his tricks and illusions. One day he and his top hat are sent away from his home of Kansas in a hot air balloon but are subsequently caught up in a destructive storm which takes them to the magical land of Oz. Oscar is in awe of the dazzling place and mysterious creatures and begins to see Oz as the path to prosperity. He soon discovers that this is not so when he meets three beautiful witches Theodora, Evanora and Glinda who rightfully doubt his competence in the field of magic despite the rest of Oz believing him to be the powerful wizard they have all been waiting for. His awe of Oz is soon diminished as he discovers troubles of huge proportions in the land and finds himself struggling to work out who is on the side of good and who is on the side of evil. He uses his expertise in the art of illusion and showmanship to become the great and honourable Wizard of Oz. 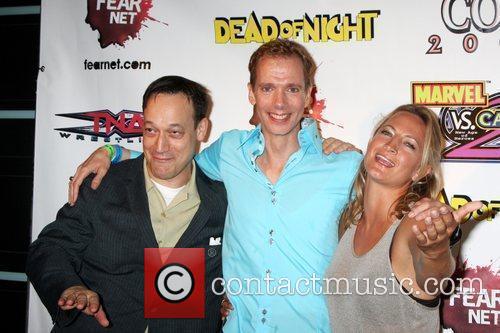