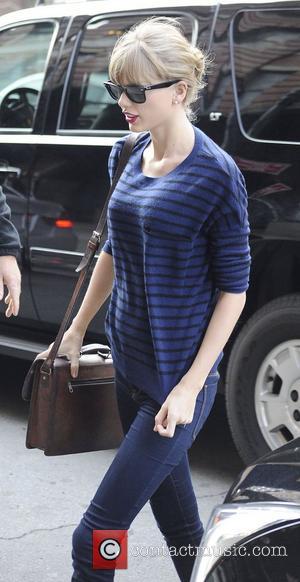 We’re starting to think that Taylor Swift might be suffering from Attention Deficit Hyperactivity Disorder. (ADHD, to you & me). At least when it comes to relationships, that is. No sooner was Taylor on Ellen Degeneres’ chat show saying how ashamed she was that every time she goes on the show, she has a new fella to act all coy about, than here she is out and a bout with none other than One Direction’s Harry Styles!

Apologies to all the Harry Styles fans out there (and we know there are a lot of you) but the award-winning country pop singer seems to have gotten her claws into your man here. People.com have pictured the couple holding hands after a night out in New York City last night (December 3, 2012). Taylor had been performing at the 2012 Ripple of Hope Awards at the New York Marriott Marquis, whilst Harry was performing with One Direction at Madison Square Garden. The pair of them then hooked up at the One Direction afterparty.

It’s probably a good job that Harry was busy with his own gig that night, because at the Ripple of Hope Awards, Taylor was honored for her commitment to social causes, by the Robert F. Kennedy Center for Justice & Human Rights. ‘What’s the problem there?’ you may well ask… well, the event was attended by quite a few members of the Kennedy clan and you may remember that Taylor only recently split up with Conor Kennedy, so turning up with a new squeeze probably wouldn’t have gone down so well, now, would it?