"April, come she will, When streams are ripe and swelled with rain."

Can you believe we're nearly into the fourth month of the year? So much has happened in such a short period of time. We have a new (stumbling) US president, the old stumbling US president has been banned from Twitter and Facebook, Kim and Kanye have split, Harry and Meghan have revealed all to Oprah, Wales have been crowned the Six Nations Champions, the Mars rover landed successfully and the Space X rocket took off, landed successfully and then blew up! (Oh, and we've had a boat stuck in a canal!) In music we've had a record setting Grammy Awards, new album's from Lana Del Rey, Foo Fighters and The Pretty Reckless and fascinating documentaries featuring among others, Billie Eilish, Britney Spears and Demi Lovato. So far 2021 has not been uneventful and April looks set to continue that trend. As well as Easter eggs and The Oscars to look forward to we've hand picked these musical treats for you too. 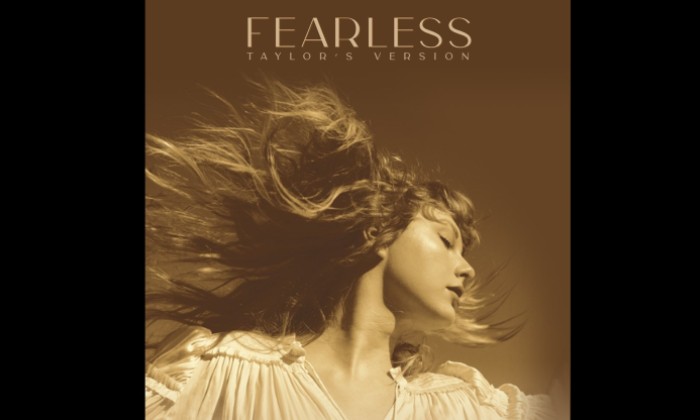 Taylor Swift is unstoppable at the moment. Not only did she release two fantastic album's last year, she has kept that momentum going this year by setting Grammy Award winning history, becoming the first female artist to scoop three Album Of The Year gongs. This year Taylor is exciting her fans once more as she sets about re-recording and releasing her first six albums. In an effort to regain control of her back catalogue Swift has been hard at it and Fearless (Taylor's Version) looks set to drop on April 9th. Rumours of special guest appearances may be flying around like midges at a camp fire, with speculation that Selena Gomez or Katy Perry could be on the new record, but what we do know is that Taylor will accept nothing less than perfection.

Originally due out in February, the new London Grammar album, Californian Soil, should be released on April 16th. The band's third album is a follow up to their sublime second, Truth Is A Beautiful Thing. That near faultless record was always going to be hard to follow up but on the evidence of the singles released to date, including the title track Californian Soil and their latest How Does It Feel, Hannah Reid, Dan Rothman and Dominic Major may just have surpassed themselves.

Girl In Red - if i could make it go quiet.

Marie Ulven, aka Girl In Red, will release her long awaited debut album, if i could make it go quiet, at the end of the month. The Norwegian i wanna be your girlfriend and we fell in love in october singer has been on an upward trajectory for a good few years now, building on her loyal fan base. Ulven says of her imminent release, "if i could make it go quiet is an attempt to learn what it’s like to be human; to deal with the scariest parts of myself; to live with the pain of knowing i'm only flesh and bones; to be angry, broken and unforgiving yet still able to wear my heart on my sleeve; i'm shedding light on the darkest parts of my mind and i'm letting everyone in; if i could make it go quiet is me simply trying to understand what the f**k is going on."

Demi Lovato - Dancing with the Devil…The Art of Starting Over.

Well, the wait is nearly over. After a near death episode where Demi was said to be only five minutes away from taking her last breathe she has returned, not only with a very revealing four part documentary, but also with a new album, Dancing with the Devil…The Art of Starting Over. Demi has teamed up with a whole host of superstar talent on her latest album including Saweetie, Ariana Grande and Noah Cyrus. The former Disney princess has battled addiction and more to come through the last three years, appearing stronger and more determined than ever.

On the same day that Demi Lovato releases her new album, Dry Cleaning release their altogether different debut album, New Long Leg. The band, fronted by vocalist Florence Shaw, have released two singles from the new record, Scratchcard Lanyard and Strong Feelings, and both are typical of the individuality inherent in the band's music. The cut and paste lyrics, wry sense of humour and abundance of hooks characterise a highly creative quartet making experimental and challenging Indie gems.