Apparently it's not all for a music video.

For all you conspiracy theorists out there who still think Taylor Swift and Tom Hiddleston's romance is one big publicity stunt, the latter has now confirmed that that is not the case. They are, in fact, very much together. As crazy as that still seems. 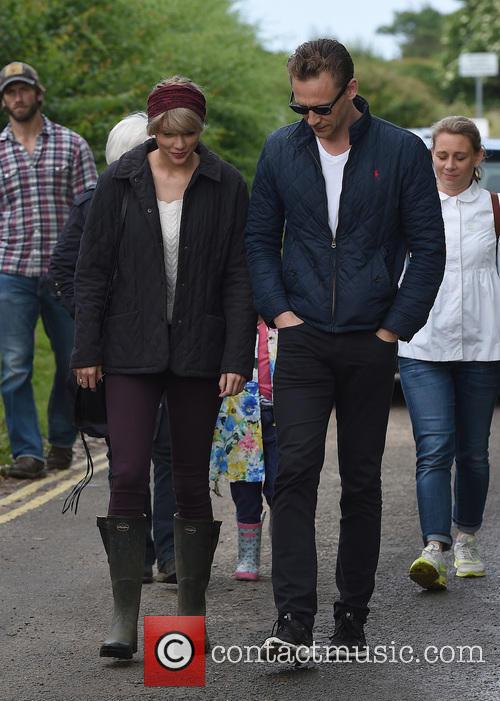 Taylor Swift and Tom Hiddleston are for real

'The Night Manager' star is currently celebrating his very first Emmy nomination for his role as Jonathan Pine in the BBC/AMC mystery drama. It's turning out to be a pretty good summer for the 35-year-old actor, and we imagine the publicity from his new relationship will only make things better for him. But apparently there's no reason to be suspicious because he's shut down the 'publicity stunt' rumours once and for all.

The Hollywood Reporter caught up with him to discuss the Emmys and managed to smoothly segue into Taylor Swift. At first he didn't seem to want to talk about it. Asked (with a big hint) who he was going to take with him to the awards show, he replied: 'I don't [know]. I didn't even know I could. It's 4 in the morning here!' Stop trying to change the subject, Tom. Luckily, the publication just boldly went and outright asked him if it was all a stunt, and that was all it took for him to dish the T.

'Well, um. How best to put this? That notion is - look, the truth is that Taylor Swift and I are together, and we're very happy', he said. 'Thanks for asking. That's the truth. It's not a publicity stunt.'

It's quite surprising that he's come out and said that. After all, it was only days ago when he refused to even mention her when reporters caught up with him in Queensland, Australia. All they asked was how Taylor was enjoying the Gold Coast, to which he replied (albeit pleasantly): 'Um... I uhh... I'm... I'm not going to answer that if that's alright.'

People thought that their whole relationship could be sham, possibly for a new music video, mainly because of the shamelessness of their PDA just two weeks after Taylor broke up with Calvin Harris. Also because they seemed to be allowing paparazzi to follow them on all their romantic dates, capturing some seriously corny moments like strolls on the beach, dining in Rome, kissing on the rocks and even Tom wearing an 'I [heart] TS' shirt on July 4th.

But now may be the time to push these suspicions to the back of your mind because Tom is adamant that it's all real. Mind you, you can't trust what celebs say, right? I mean, Kit Harington insisted that Jon Snow wasn't coming back and he did. Just saying.