The 2021 BRIT's was a spectacular event that delivered some great performances and saw some very worthy winners.

With a great deal of excitement, a lot of relief and some anxiousness, the biggest night on the UK's musical calendar went ahead as the BRIT's 2021 celebrated the stars and artists that have made the biggest impact in music over the last year. As part of the Government's pilot scheme to get events back up and running safely the O2 once again hosted the BRIT's, not in front of the usual 20,000 fans and invited guests, but in front of an audience made up of 2,500 care workers and 1,500 music industry related others, with each of them having had to provide a negative CoVID test. 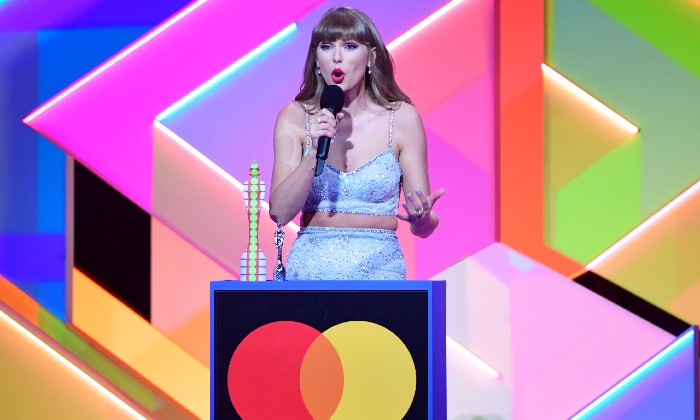 Jack Whitehall was back again, hosting the first major event at the O2 since March 2020. After a brief Line Of Fire themed intro, Foreplay, aka Coldplay, were first up performing their brand new track, Higher Power, on a floating barge in the Thames opposite the arena. With holograms and pyrotechnics galore Chris and his band lit up the night sky to get the show off to a suitably stellar start. 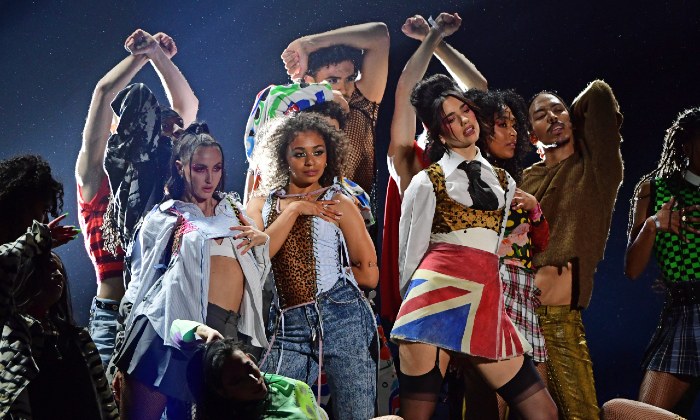 Dua Lipa arrived by tube in a variety of double breasted jackets, including a Union Jack outfit complimented by suspenders, as she became the first of the night's performers to take to the stage inside the former Millennium Dome. With a full cast of carefully choreographed dancers Dua Lipa saw to it that the carefully selected audience were treated to a dazzling, technicolor spectacle.

"This venue has been emptier than Piers Morgan's diary" Whitehall quipped as he got proceedings underway on a set that was somewhere between a psychedelic Escher print and a neon Lego maze. There were notable performances from Arlo Parks, David Furnish popped up to introduce a duet between Years & Years and It's A Sin star Olly Alexander as he sang atop a piano played by Sir Elton John, The, "wet", Weekend appeared via Zoom, 'Rising Star', Griff was a revelation and Olivia Rodrigo gave a standout performance of her song, Driver's Licence. Amazingly it was her first time in the UK, and it was the first time she had performed the song in front of a big audience.

To close out the night Rag'n'Bone Man almost stole the show with his performance of Anywhere Away From Here as he sang with the Lewisham and Greenwich NHS choir and a virtual P!nk. Together with some memorable performances, some witty banter and a largely seamless show there were also a lot of worthy winners.

Taylor Swift delivered two outstanding albums last year with evermore and folklore, continuing her stream of quality releases that seem to get better each year. She really is a global icon in every sense of the word. On accepting the award, given by a rather nervous Maisie Williams, the 11 time Grammy award winner said, "Anyone who knows me at all knows that 'Game Of Thrones' is my life." Swift went on to say, "I’m really, really proud to be part of this musical community, especially in a year when we all needed music so much. But what we needed even more was the help and support that we got from the NHS and the key workers who are here tonight. Thank you for everything that you have done for us. I love you all, thank you for this beautiful honour."

With a velveteen voice and a fantastic, critically acclaimed album, Collapsed in Sunbeams, Arlo Parks was the first deserving winner of the night beating Bicep, and Joel Corry among others.  "Dreams come true, I'm proof of that" she said in her succinct acceptance speech.

Four became three and won their third BRIT beating The 1975, Bicep, Biffy Clyro and Young T & Bugsy to claim the coveted award. The girls celebrated their ten years together during their speech, giving special thanks to their fans, their management and of course Jesy. They also called out the lack of diversity and the repellent misogyny in the music industry. Becoming the first girl band to win the award they also wanted to shout out the Spice Girls and Girls Aloud.

J Hus was something of a surprise winner on the night, even possibly to himself, as he wasn't even there. DJ Semtex accepted the award saying "He [HUS] makes our lives a little bit easier" as he took the award for the Big Conspiracy artist. J Hus beat the strongly favoured CoVID contravener AJ Tracey, weird singer YUNGBLUD and O2 guest Headie One.

"Love you so much, this is an honour, I can't wait to come back" Eilish said in a pre-recorded, very short, message. Many had expected Taylor Swift to win after she delivered not one, but two fantastic albums during 2020. The incredibly talented and inspirational Eilish, arguably the voice of her generation, triumphed on the night, also beating Ariana Grande, Cardi B and Miley Cyrus to the scoop the award.

Odds on favourite Dua Lipa said upon receiving the award for the 2nd time, "This is sick", "It's such a honour to be part of this wave of women in music". Looking every bit the superstar, Dua Lipa took to the stage in an off the shoulder short gold dress and heels as she collected the award. Dua dedicated her BRIT to nurse Elizabeth Nneka Anionwu, whilst also saying, in an impassioned message of support and solidarity with the front line workers, "it's very good to clap for them but we need to pay them."

HAIM were 3rd time nominated and first time winners as ladies night continued. Having delivered their own outstanding album, 'Women In Music Pt III' and contributed to Taylor Swift's album evermore, HAIM were not only worthy winners, but also one of the more animated as they accepted their award. "this is incredible. First of all the UK was the first place to ever embrace us in the entire world and for that we will be eternally grateful." "I think my parents are fully crying right now, we love you UK." HAIM won the award ahead of Foo Fighters, BTS, Run The Jewels and Fontaines D.C.

The Brits played it safe on this one with the much loved, incredibly self effacing Styles. Harry said, he was, "I’m really happy to be here and proud to be celebrating British music tonight. I continue to be baffled by moments like this. Thank you, very, very much." There was no joy for AJ Tracey who was nominated twice or Joel Corry as the former One D man lifted his 2nd statue.

Dua Lipa picked up her second Brit Award of the night for her incredible album, Future Nostalgia. Lipa's album dropped in March of 2020 and was instantly met with almost universal critical acclaim. It's provided the singer with a string of hit singles and well and truly put her on the global map.

None other than "The former first lady of America", Michelle Obama announced the unsurprising winner, The Weekend. The Canadian singer beat off not so stiff competition from Burna Boy, Tame Impala and Bruce Springsteen to win the prestigious Brit Award. Obama said of the Grammy snubbed star, "He's provided a light that's pretty blinding".

Someone please get @theweeknd an umbrella!! Best acceptance speech location yet #BRITs pic.twitter.com/AxpVAiUF9h