Taylor Swift would love to date a ''ginger'' man and has singled out 'Harry Potter' star Rupert Grint as one of her favourite flame-haired guys. 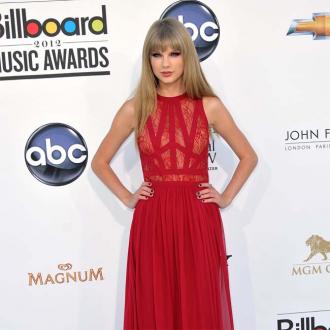 The 'We Are Never Ever Getting Back Together' hitmaker - who has previously dated Hollywood hunks Jake Gyllenhaal and Taylor Lautner as well as music stars John Mayer and Joe Jonas - would love to be romantically involved with a flame-locked guy and admits she particularly likes 'Harry Potter' star Rupert Grint.

She said: ''I like people with red hair, I would do a ginger. I like Rupert Grint, the guy from the 'Harry Potter' films.''

The 22-year-old singer is known to be a big fan of flame-haired singer Ed Sheeran - who she collaborated with on new song 'Everything Has Changed' - and she thinks it is the ''coolest thing ever'' that he has got a new tattoo of her album title 'Red' on his arm.

She added: ''He has a tattoo on his arm and it says 'Red', which is after my new album. I think that is the coolest thing ever. I love that. I mean, it's permanent.''

As well as her penchant for ginger-haired men, the blonde beauty loves collecting antiques and she is a big fan of 71-year-old British TV host David Dickinson, who presents daytime antiques programme 'David Dickinson's Real Deal'.

Speaking on comedy chat show 'Alan Carr: Chatty Man', the blonde beauty added: ''I love antiques. I collect them for my home in Nashville. I hear he does a show over here. We love a bit of pinstripe in America.''