Taylor Swift is to release a new fragrance, Wonderstruck Enchanted, as a follow up to her debut Wonderstruck scent. 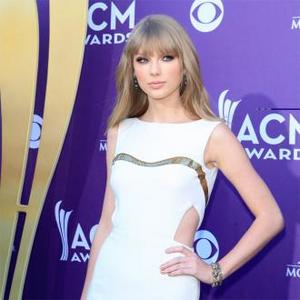 Taylor Swift is to release a new fragrance.

The 22-year-old singer will put out Wonderstruck Enchanted - a follow-up to her debut scent Wonderstruck, which she launched with her fragrance licensee Elizabeth Arden last year - in September.

In an email to WWD, she said: ''Wonderstruck Enchanted is the next chapter in the story of my Wonderstruck fragrance.

''Wonderstruck is about that moment when you instantly feel a connection to someone, but then there's that feeling of being completely enamoured - enchanted - when you know a little more about that someone and still feel that strong connection.''

The Wonderstruck Enchanted bottle has been reimagined from the original blue Wonderstruck container with a bold crimson finish complete with an array of charms including a bird, sparkling crystal, flower and leaf, which all have antiqued finishes.

Lori Mariano, director of global marketing for the brand at Elizabeth Arden, said: ''Wonderstruck was such a huge success for us - we wanted to carry momentum forward.''