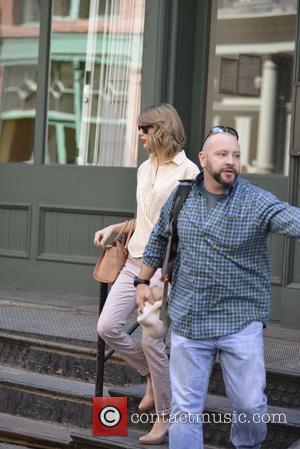 Taylor Swift surprised one of her fans on Sunday morning (13Apr14) when she stopped by her bridal shower in Ohio.

Hours after the country superstar made an unexpected cameo on U.S. sketch comedy show Saturday Night Live in New York City, Swift headed to the pre-wedding bash for superfan Gena.

Swift had promised to go to her fan's bridal shower since she is unable to attend the wedding in May (14).

Gena wrote on Twitter, "I had no idea Taylor was coming it was a complete surprise. She's an incredible person and amazing friend... Thank you for making today even more special... You went above & bring my wildest dreams. I can't thank you enough."

Gena, who struck up a friendship with Swift after following her career for several years, posted a series of photographs with her idol, who also happily posed with other party guests.

The fan went on to share snaps of Swift's gifts to her, including a collection of kitchen items and a hand-painted piece of art from the Grammy winner, which features watercolour hearts and lyrics from her hit song It's A Love Song.