Taylor Swift Stars In The New Promo For The Grammys 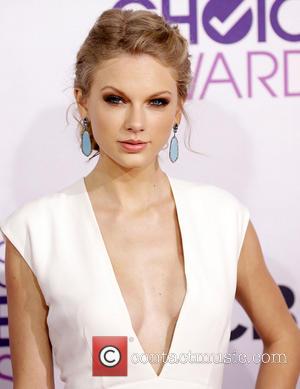 The first promotional clip for the upcoming Grammy Awards has been released via ETOnline, with country-pop starlet Taylor Swift taking a staring role in the first look at the music awards.

Only a minute long, the promo doesn't show much, but it is the multi-Grammy winning artist who shows her self most prominently in the clip featuring Swift alongside some new and some established talent. With her includes Snoop Lion (formerly Dogg) and The Kills with some emerging artists, like Grace Potter, Kishi Bashi and Dam-Funk.

The new promo is part of three unlinked trailers, with Rihanna staring in one and The Black Keys in the third, titled 'Soundcheck.' The mini-clips were commissioned by The Recording Academy under the Twitter-friendly title #TheWorldIsListening, which seeks to encourage and highlight burgeoning musical talent - and the Grammys now as well. On top of this, the organisation has also set up a page on SoundCloud giving people a chance to upload their own music, whilst presided over by a crack panel featuring members of Linkin Park, RZA, and Snoop.

Meanwhile, Taylor Swift has recently split up with long-time (not really) arm candy Harry Styles, and people were quite alarmed (not really). With history on her side, the Grammys may offer her some solace in her latest heart-arche. If not, with only a month away (the show airs on CBS on Sunday, Feb. 10), she might have a date to accompany her by then.