Taylor Swift smashed a bathroom mirror when she filmed the music video for 'I Don't Wanna Live Forever'. 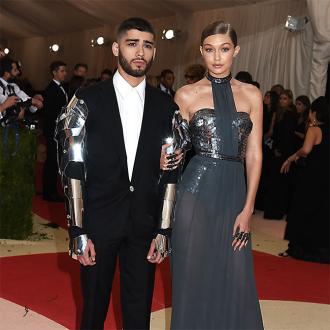 Taylor Swift smashed a bathroom mirror when she filmed the music video for 'I Don't Wanna Live Forever'.

A source said: ''Taylor had to light the curtains on fire for her part. The smoke alarms were turned off on the nearby floors so that the building didn't have to be evacuated.

''At one point Taylor smashed a mirror in the bathroom.

''All the scenes were carefully planned. It's going to be a very sexy video. Zayn was dressed dapper and Taylor was wearing garters and heels.''

However, the blonde beauty was not the only one to cause mayhem in the £2,500 a night accommodation as the 23-year-old 'Pillowtalk' hitmaker - who is currently dating Gigi Hadid - also ''trashed'' the room.

The source continued: ''Zayn trashed the hotel room to bits, ripping apart pillows and smashing a lamp up against the wall.''

Taylor's visit to London was short lived, because as soon as she had finished shooting the music video she swiftly hopped on a private jet and flew home.