Selena Gomez and Taylor Swift Are Still BFFs. And Here's The Proof.

Taylor Swift and Selena Gomez have ended rumours of a fall out with a video of the two larking around in their ball gowns at the Met Gala.

Have that, all you critics out there! We’ve got to admit, even we’ve been a bit worried about Selena Gomez and Taylor Swift’s friendship lately, but Selena’s thankfully cleared things up for us via the medium of social media. What would be do without it? How would we pry into the private lives of people we don’t know if they didn’t share photos and videos with us? We’d have to focus on our own lives and that would be just awful. 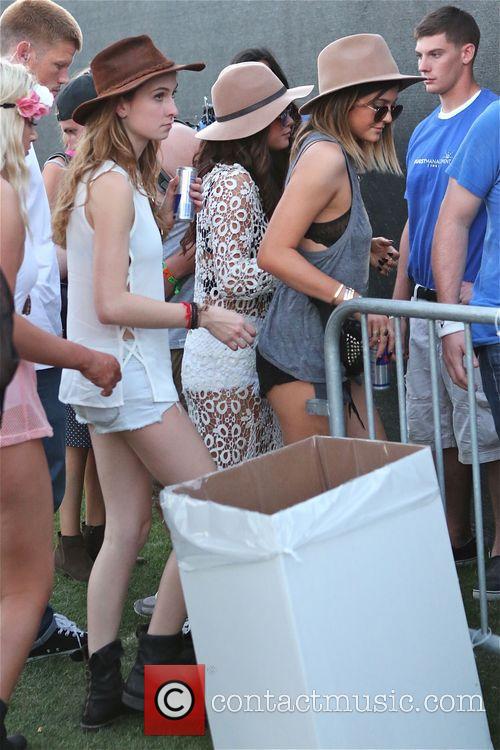 Selena posted photos of herself hanging out with Kendall and Kylie Jenner, before deleted them from her Instagram

So, here’s the deal. Selena and on-again-off-again boyfriend Justin Bieber started getting back together again a few weeks, doing the usual boyfriend/girlfriend things, y’know, recording songs, hanging out at dance studios. A couple of weeks later Selena went to Coachella festival and was hanging out with the Jenner sisters, Kylie and Kendall. After posting a few pics of themselves looking like they were having a super fun time at the festival, Selena deleted all photos and unfollowed everyone on her Instagram account.

We were all a little confused, it took virtually no time at all for Selena and Kylie to fall out and no one seemed to know why. Then rumours started flying about that the younger Jenner sister had been involved in some kind of affair with Justin and we started piecing together the incestuous Hollywood puzzle.

Most confusing of all, though, was the fact that Selena also ‘unfollowed’ long time best friend Taylor Swift on the social media site. The pair have been close friends for years and were always pictured hanging out together at awards shows, parties and off on their holidays together. It was reported that Taylor didn’t approve of Selena’s relationship with Bad Boy Bieber (did anyone?) and that Selena had cut her out as she had everyone else that disagreed with her relationship (so, that's everyone, then).

Buttttt, fortunately, as with most Hollywood rumours, it seems as though Selena and Taylor are still partners in crime, despite all the reports. To show us just how silly we’ve all been to believe that these two could ever fall out, Selena posted a video of herself and Taylor mucking around at the Met Ball. Phew, the world is right again!

We were super excited to see that she now follows two people on Instagram, although sadly, one of them still isn’t Taylor. Although at least we know now that it isn't personal.  Selena’s obviously trying to make some kind of statement, we’re just not sure what it is yet.

MORE: Taylor Swift: "Relationship with Selena Gomez is the longest I've ever had"