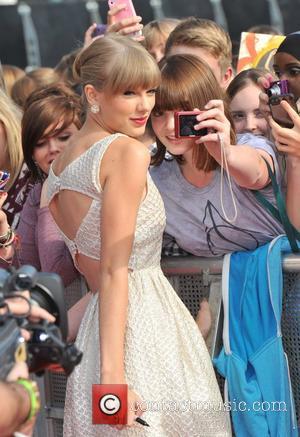 America's Southern sweetheart, Taylor Swift, has released her fourth studio album entitled 'Red'. She has sold over 22 million records, won countless awards (including 5 Grammys), been praised by all walks of life for her musical talent, her generosity of spirit, her philanthropic work, and her work and influence in the promotion of education, inclusion and of non-prejudicial cultures of thought. Pretty good for a 22 year old, eh?

This new album lives up to our expectations and to her character. ABC News reports that she thinks of it as her "most adventurous album yet", saying: "I got to explore the edges of what I'm allowed to do." The general theme behind the majority of the album is what she has always sung about: relationships, romance and heartbreak. But she says that's what she enjoys most: "I really tend to draw inspiration from my life and from the characters in my life.... for me [it's] something I've always loved doing, watching life play out and kind of making a song out of that."

No doubt, just like her entire back catalogue of music, we'll all be speculating on who each song is about. She admits to the New York Daily News that the album is "really kind of diary entries of the last two years of [her] life", so indeed the themes and feeling of her music aren't plucked out of thin air. Given Swift's wide array of high profile romantic involvement, we can't help but question whether they're about Jake Gyllenhaal, Taylor Lautner, Joe Jonas, John Mayer, or even current beau Conor Kennedy. However, although this kind of gossip is inevitable, let's hope that the majority of publicity for this bright star will focus on her aforementioned work and talent, so we may encourage her to continue being the fantastic role model that she is.

Taylor Swift will be appearing all over television in the next few weeks, beginning with 'Good Morning America' tomorrow (23rd Oct 2012) as well as E! News and Access Hollywood later in the week. 'Red' is available for download now.