The song was the subject of Sunday’s ‘Keeping Up With The Kardashians’ episode.

Taylor Swift has hit back at Kim Kardashian, after she posted a video on Snapchat of the singer’s phone call with Kanye West in which he told her about the song ‘Famous’. In the video, West told Swift he would use the line: “I feel like me and Taylor might still have sex,” but he did not mention that he would also be referring to her as a “bitch”. 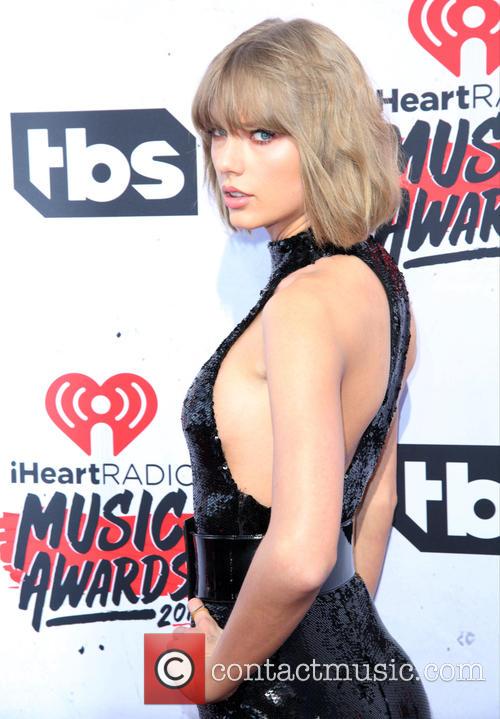 In an Instagram posted captioned, “That moment when Kanye West secretly records your phone call, then Kim posts it on the Internet,” Swift wrote: "Where in the video of Kanye telling me he was going to call me ‘that bitch' in his song? It doesn't exist because it never happened.

“You don't get to control someone's emotional response to being called ‘that bitch' in front of the entire world. Of course I wanted to like the song. I wanted to believe Kanye when he told me that I would love the song.”

"I wanted us to have a friendly relationship. He promised to play the song for me, but he never did. While I wanted to be supportive of Kanye on the phone call, you cannot ‘approve' a song you haven't heard.”

More: Kim Kardashian Responds To Photoshop Rumours With Behind The Scenes M.I.L.F. $ Photos

"Being falsely printed as a liar when I was never given the full story or played any part of the song is character assassination. I would very much like to be excluded from this narrative, one that I have never asked to be a part of, since 2009.”

In the call between Swift and West he read the line, “Too all my Southside n***** that know me best/I feel like me and Taylor might still have sex.” Swift then told him: “I’m like this close to overexposure…I know. I mean, it’s like a compliment kind of.”

West then continued: “I want things that make you feel good. I don’t want to do rap that makes people feel bad.” Taylor answered: “Go with whatever line you think is better. It’s obviously very tongue-in-cheek either way. And I really appreciate you telling me about it, that’s really nice.”

The singer then said: “If people ask me about it, I think it would be great for me to be like, “Look, he called me and told me the line before it came out. Like, joke’s on you guys, we’re fine.” She also added that she would tell reporters on the Grammy red carpet that West had called her about it.

On Sunday’s episode of ‘KUWTK”, Kim Kardashian spoke about her GQ interview from earlier this year, when she revealed that Swift had known about the song. “I never talk s*** about anyone publicly, especially in interviews, but I was just like, I have so had it," Kim told her sister Kourtney.

"I just felt like I wanted to defend him in it cause she legitimately, quote, said: 'As soon as I get on that Grammy red carpet I'm gonna tell all the press I was in on it’." Kourtney then added, “And then she just didn't like the reaction.”

Kim then continued: “Yeah just another way to play the victim. It definitely got her a lot of attention the first time. I just don't think he should be punished for it still to this day.” The reality star was then shown telling the camera: “I've had it with people blatantly treating me husband a certain way and making him look a certain way.”

"Kanye is always so honest and speaks his mind and when we were first dating people would always talk s*** and he always had my back,” she continued. “At this point I really don't give a f*** so I'll do whatever to protect my husband."