Taylor Swift reported to be house-hunting in NYC

Taylor Swift has reportedly been spotted house-hunting in New York City with a mystery man. 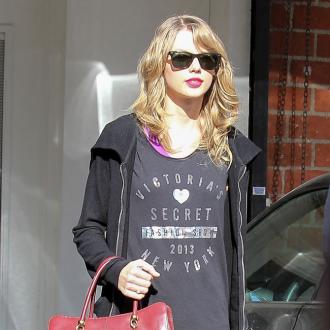 Taylor Swift is reportedly looking for a new home in New York City.

The 'Red' singer has been viewing apartments in Greenwich Village in the hopes of finding a new pad, the New York Daily News [email protected] column is reporting.

Money is clearly no object for the 24-year-old star, who visited a $12 million Leroy St. townhouse that was once the home of 'West Side Story' writer Arthur Laurents, with a mystery man by her side.

An eye witness told [email protected]: ''She was well dressed and seemed in good spirits. She was being driven around with this good-looking guy who looked about her age.''

The impressive 1850s four-bedroom redbrick property spans over 4,400 square feet and is a stone's throw away from Hollywood heavyweight Robert De Niro's pad.

Taylor was also seen taking a tour of the nearby 22 Charlton St, which is 2,900 square feet and is on the market for a more modest $6.25 million.

She was reportedly being shown around the houses by one of the highest-earning brokers in the city, Sharon Baum.

The country music darling already has three properties in her name - a penthouse in Nashville, a cottage in Beverly Hills and a holiday home in Rhode Island.