Taylor Swift: '...Ready For It?' Video Channels Sci-Fi Classics And The Old Taylor

This video is even better than the previous.

After some controversial teaser clips, Taylor Swift has unveiled the full music video for her single '...Ready For It?', and it's every bit the sci-fi fantasy she promised. But once you get over the sensational visuals, you'll find plenty of subtle references to her life and career in there. 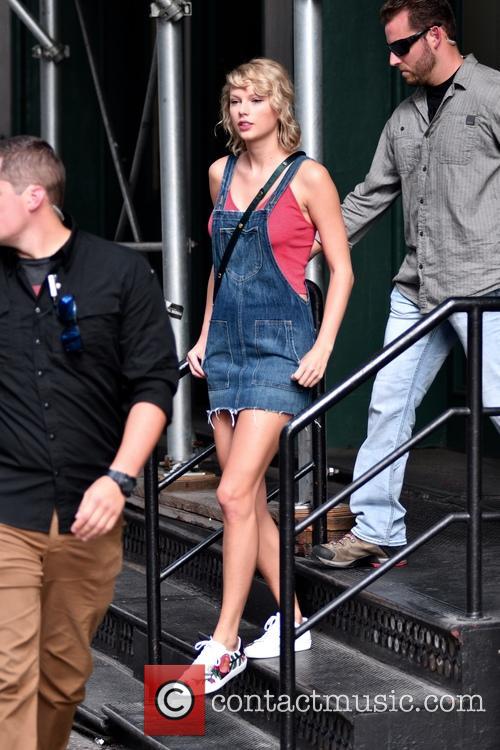 People were shocked to see Taylor looking almost naked in the teasers for the Joseph Kahn-directed video, but it's less controversial when you see it in full. She's actually channelling 'Ghost in the Shell', as well as other sci-fi worlds such as 'Blade Runner' and 'Tron: Legacy'.

We see Taylor in thigh high boots and a black hood, observing her own bionic self through a wall of glass. Her nude suit transforms into a bad-ass set of full body armour complete with an enormous cyber weapon. Like 'Look What You Made Me Do', there are nods to her old image; the white horse from 'Blank Space', the light shows from 'Out of the Woods' and plenty of imagery from 'Bad Blood' for example; as well as little clues about her personal life.

Keen fans have already analysed the video to find the birth years of herself and her boyfriend Joe Alwyn written on the wall - '89 and '91 - as well as the Chinese characters for 'Year of the Snake' (with the Snake having become a major theme in the run up to her album release) and the words 'Ur Gorgeous' in reference to her latest single.

A slightly more subtle reference came with all that lightning - could it be a nod to the single artwork for Calvin Harris' single 'This Is What You Came For'? A song which caused a certain degree of animosity when she revealed that she had secretly co-written it.