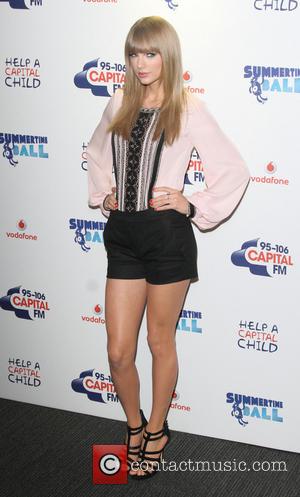 Taylor Swift embarrassed her friend Ed Sheeran in front of other celebrities at a glitzy awards show by playing a naughty prank on the British star.

The singers, who are currently on tour together, have become close pals, but Sheeran admits Swift tested their friendship during an outing to the Billboard Music Awards in Las Vegas in May (13) by giving him some very bad advice.

Sheeran reveals he had little knowledge of how American prizegivings work, and Swift took full advantage.

He tells Britain's BBC Radio 1, "We went to Vegas to the Billboard Awards together... It was cool, but awkward, because 50 per cent of people were really American and 50 per cent were cool...

"Then she left me on my own in the front row as she had to perform. Nicki Minaj and Chris Brown were behind me, so then after the first award I stood up and no-one else did. It was embarrassing... It was awkward."