Swift took to the stand on Thursday in court in Denver, Colorado to be cross-examined by David Mueller's attorney.

Taylor Swift has been widely praised for her testimony in court this week concerning allegations of sexual assault, with celebrities and publications noting how she dealt with being put on the stand in the civil trial in the court battle with ex-DJ David Mueller.

The 27 year old pop star launched a counter-suit in late 2015 after former country music DJ David Mueller sued her for claiming she fabricated allegations that he groped her backside during a photo op in 2013, which he says caused him to lose his $150k-per-year job at Denver-based KYGO-FM.

Testifying on Thursday (August 10th), Swift gave no grounds to Mueller’s lawyers whatsoever, according to reports from Billboard and multiple outlets. 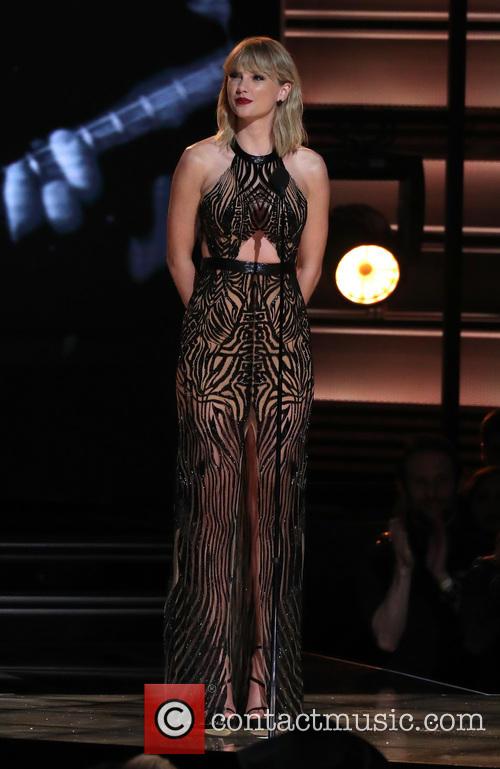 “I'm critical of your client sticking his hand under my skirt and grabbing my ass,” she said frankly, in reply to being asked by Mueller’s lawyer Gabriel McFarland whether she was critical of her own security team. She testified that her security guard had seen Mueller “lift my skirt” but only a person on the floor “looking up my skirt” could have seen the entire incident “and we didn't have anyone positioned there.”

Swift also rejected the suggestion that she had misidentified Mueller, saying: “I'm not going to allow you or your client to say I am to blame. He had a handful of my ass. It happened to me. I know it was him.”

Many people praised the singer for her sassy reply to being asked why the front of her skirt wasn’t ruffled in the photograph, which is the key piece of evidence in the case. “Because,” Swift replied, “my ass is located in the back of my body.”

Lena Dunham was just one of many celebrities to show their support for Swift in the case, tweeting the same day: “Proud of @taylorswift13 for her fierce & cutting testimony & her refusal to settle for being treated like property. Her example is powerful.”

55 year old Mueller, for his part, testified on Tuesday that he may have made innocent contact with Swift but denied any inappropriate behaviour. Asked if he grabbed her backside, the ex-broadcaster replied, “No, I did not.”

The trial is set to last roughly for another week.