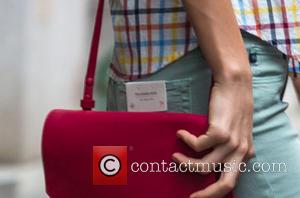 Taylor Swift has released her first video blog in two years, documenting her surprise appearance at a fan's bridal shower on Sunday (13Apr14).

The singer stunned superfan Gena by flying to Ohio with a box full of gifts after learning the bride-to-be had invited her to her pre-wedding bash.

Introducing the four-minute film by tweeting, "I haven't done a video blog in about 2 years but this was so much fun, I had to", Swift appears excited as she makes the journey to Gena's party and then surprises her as she waits for guests to arrive.

The video features Swift meeting Gena's family as the giddy bride-to-be opens both practical and personal gifts from her idol.

The film ends with a touching message from Swift as photos of her day with Gena flash up onscreen.