The singer unveils a new piece of writing about life lessons.

As Taylor Swift still struggles to negotiate her way through the constant press criticism and mockery over her image transformation, she drops a powerful new poem as part of her latest magazine cover. Uplifting and intelligent, she takes down all her haters in just four stanzas. 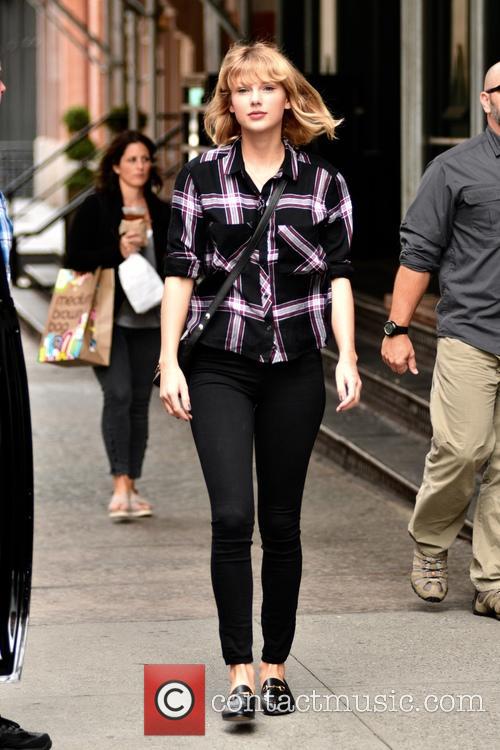 The 'Look What You Made Me Do' hitmaker proves that she's not just a manufactured pop princess like everyone tries to make her out to be by unveiling a new creative endeavour; poetry. Without music or voice she conveys the advice that she has held dear over her difficult past few months with 'The Trick to Holding On'.

'Let go of the ones who hurt you / Let go of the ones you outgrow', the poem opens. 'Let go of the words they hurl your way / as you're walking out the door / The only thing cut and dry / In this hedge-maze life / Is the fact that their words will cut / but your tears will dry.'

The poem was part of her cover exclusive with Vogue, in which she was styled by editor-in-chief Edward Enninful and photographed by Mert & Marcus. There's no word yet on whether Taylor will be releasing a book of poems anytime soon, or even a spoken word album.

The poem ends with a sentiment we can all relate to: 'And if you drive the roads of this town / Ones you've gone down so many times before / Flashback to all the times / Life nearly ran you off the road / But tonight your hand is steady / Suddenly you'll know / The trick to holding on / Was all that letting go.'

Taylor is set to embark on her North American tour for her new album 'Reputation' next Spring, kicking off at the University of Phoenix Stadium in Glendale, Arizona on March 8th 2018. She will move on to the UK and Ireland in June before returning to the States the following month.