In Ellen's words, congratulations on this wonderful pineapple award!

Last night’s CMAs were definitely surprising in more ways than one – it was a rookies’ night through and through, with first time winners dominating the list, for starters. More than that though, let’s talk about the fate of one emotional blonde lady in particular: Taylor Swift, who surprised everyone by… not winning. We’re as surprised as you are, but everyone’s favorite country girl went somewhat overlooked by the Country Music Association. 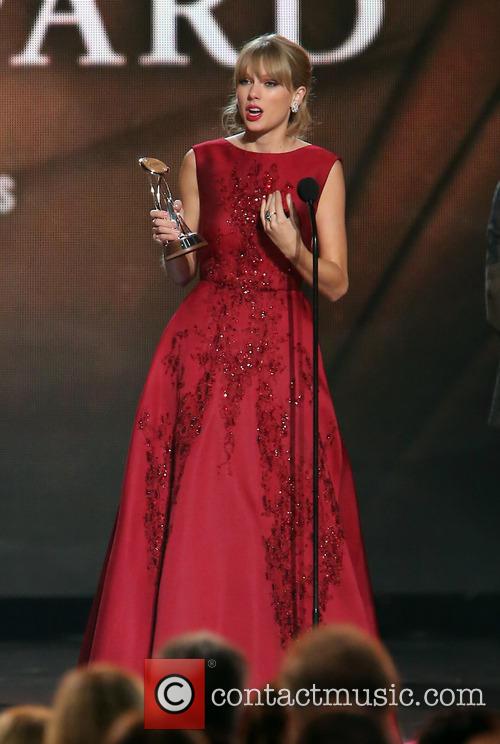 Swift accepted the award in a gorgeous red gown.

Well, that’s not entirely true. Of course Swift received a huge honor when she was announced as the second ever laureate of the Pinnacle award, which is arguably the highest honor bestowed by the Country Music Association, especially considering that Swift is only 23 and just on her fourth studio album. Considering that the only other winner of the Pinnacle Award has been Garth Brooks in 2005… well, you get the picture. It’s a pretty big deal.

See the full gallery of photos from the 2013 CMA Awards

Although, with this being the pinnacle of Swift’s career (according to the Association anyway) does that mean she’s supposed to fade out from here on? Because Swift, who has been touring practically non-stop over the past year and filling stadiums across the world, isn’t showing any signs of slowing down so far. 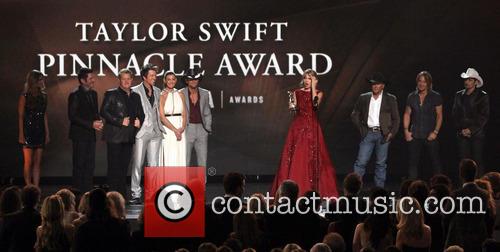 She was welcomed onstage by a host of proud collaborators.

The singer looked genuinely shocked and overwhelmed by the award, which was presented by a whole constellation of country stars – Faith Hill, Tim Mcgraw, Brad Paisley, Rascal Flats, GEORGE STRAIT and Keith Urban, all of whom have had Swift opening for them in the early years of her career. The award was presented with a touching tribute video, including some of Hollywood’s biggest names – Justin Timberlake, Julia Roberts and Ellen Degeneres, to name a few. A teary-eyed Taylor admitted that while she had known about the award, she hadn’t expected that kind of tribute. And, in what sounded like the most honest awards speech this writer has ever heard, she accepted the Pinnacle Award on behalf of herself, her parents and everyone involved in her career. Pardon the mushiness for a second, but isn’t that just the most darling thing?

Watch Swift accepting the award below.