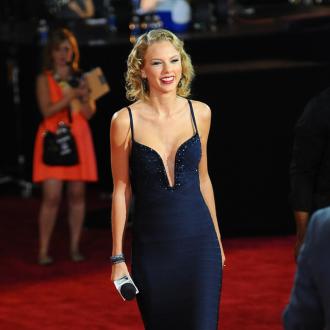 The 'We Are Never Ever Getting Back Together' singer and newcomer Kacey both have six nods each and will go head-to-head in three categories, Female Vocalist of the Year, Album of the Year and Single of the Year.

Blake Shelton - who took home Entertainer of the Year in 2012 - is up for five awards, while Keith Urban, Jason Aldean, Tim McGraw, Luke Bryan, Miranda Lambert, Carrie Underwood and Little Big Town all have three nominations.

Country legend GEORGE STRAIT is also notable for his nod in the Entertainer of the Year category, as it marks his record breaking 82nd CMA nomination.

In another surprise Bob Dylan is up for his first ever CMA award for the Song of the Year Songwriters' Award after Darius Rucker covered his track 'Wagon Wheel'.

The CMA Awards will be hosted by Carrie and Brad Paisley and be broadcast live from Nashville on Nov 6.

Entertainer of the Year

Single of the Year

Album of the Year

'Based on a True Story, Blake Shelton

Song of the Year (Songwriters' Award)

'I Drive Your Truck' written by Jessi Alexander, Connie

'Wagon Wheel' written by Bob Dylan and Ketch Secor for

Female Vocalist of the Year

Male Vocalist of the Year

New Artist of the Year