Taylor Swift has many Instagram friends including Karlie Kloss.

Taylor Swift and model Karlie Kloss went on a road trip together, how do we know this? Through looking at Taylor’s Instagram page, of course! Ms Swift’s Instagram is fast become the most star studded yet as the singer shows off her impressive list of friends. So just who has Taylor been paling with on Instagram and who’s next? 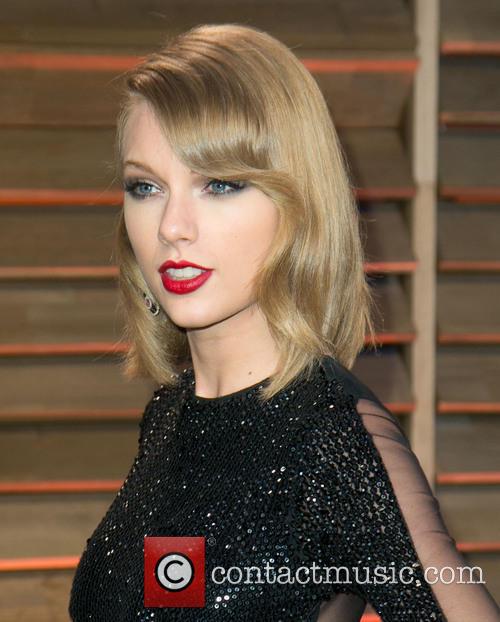 Taylor kicked off her celeb posing on Instagram with the Boss himself, Bruce Springsteen. Now we’re not saying that the young pop star and legendary ‘Born in the USA’ singer had a brief moment of BBF-ness after he surprised her at one of her shows in 2011. But after snapping herself with Springsteen, Taylor seemed to catch on that two celebs are better than one when sharing your Instagram pics. Another famous musicians to get the Swift Instagram share is Jon Bon Jovi, with who she shared a picture of herself dueting, which really is just showing off.

Taylor next turned to her original BFF Selena Gomez - this pair had been friends ever since the days when they were dating Jonas brothers. Tellingly perhaps, Taylor opted to show a pic of the two on stage together instead of one of her usually intimate seflie pics which are reserved for her newer companions. Speaking of a new companion British singer Ed Sheeran and Swift became fast friends and have dueted together. Swift seems to be taking the young singer under her wing to help him crack America. This pair’s relationship is purely platonic and Instagram shows it includes activities such as drinking tea and Ed wearing face paint, not all at once we might add. Another British singer that makes Swift snap happy is Ellie Goulding, who has made a few Instagram appearances.

Young Hollywood is also a frequent theme on Swifts Instagram, actress Hailee Steinfeld made Christmas card with the singer in between taking pictures. Sarah Hyland from Modern Family joined Taylor for a NYE picture and Diana Agron celebrated her birthday with Taylor.

Then there’s Lorde, who is one of the latest addition to Taylor’s BBF role call. This pairing was slightly unexpected as the New Zealand born singer had previously called Taylor ‘'too flawless and unattainable’, but it seems it only took an Instagram filter to get these two to realise what they have in common (going to awards shows and wearing denim shirts). The pair have really cemented their friendship when they went on a beach walk together wearing matching outfits, as seen on Instagram of course.

Which now brings us to Karlie Kloss. Taylor met model Karlie back in November at a Victoria’s secret show, but she had to wait her turn before making her Swiftagram debut. Of course, once Taylor got her Karlie style haircut the new BFF’s were ready for their debut Instagram outing and this one was worthy of a full on road trip. The pair shared pics of their adventure which included hiking, matching outfits and beach frolicking, poor Lorde must have felt seriously left out. The duo are also pretty similar looking especially when in matching polo necks, which makes for prettier pictures. Karlie also got in on the Instagram action herself on the trip, sharing a photo of her writing 'Karlie hearts Taylor on the beech', aww. Taylor declined to upload her own pic of the tribute, probably to spare Lorde’s feelings.

So Taylor really is the most popular girl in celeb-stagram world, but she sure does move Swift-ly (sorry). Who could possibly be next on her photogenic BFF list. Miley Cyrus? No she’d just stick her tongue out. Kendall Jenner? No too close to Harry Styles. Katy Perry? Definitely not. or maybe Taylor’s just finally found her perfect match in Karlie Kloss. If so, someone really needs to go and make sure Lorde's not too lonely.