Taylor Swift, Justin Bieber And Abdul Are Best Mannered Of 2011 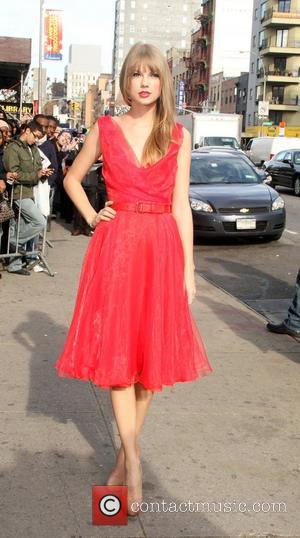 Singers Taylor Swift, Justin Bieber and Paula Abdul have been handed an unusual accolade - they've been named among the Best Mannered People of 2011.
Ethics experts at the The National League of Junior Cotillions have released their annual list of the most outstanding role models of the year (11) and all three stars made the cut.
Love Story singer Swift and Baby hitmaker Bieber were selected for consistently showing courtesy to their fans and veteran Abdul was picked for her always-encouraging words of wisdom to aspiring performers as a judge on America's The X Factor.
British royal Catherine, the Duchess of Cambridge topped the list for exemplifying poise and dignity in the spotlight, while Harry Potter beauty Emma Watson, athlete Aaron Rogers and child star Jackie Evancho were also honoured.
Receiving the shameful crown of Most Ill-Mannered Person of 2011 was reality star Kim Kardashian for "making a private matter public and disrespecting the institution of marriage". The reality star split from basketball player husband Kris Humphries just 72 days after their high-profile summer (11) wedding.