A Montana high school teacher agreed with a student that if Tay calls him during a world history exam, the students won't have to take the test.

A high school in the town of Billings, Montana has made national news after a classroom video went viral, showing a teacher agreeing with his world history students that they will be exempt from their final exam this year if Taylor Swift calls him during the test.

Local news website KTVQ reports that a student named Ike Stoner came up with the terms of the deal, to which his teacher, Colter Pierce, agreed. They wrote up the deal on a whiteboard, shook hands and posted photos on Twitter and Facebook, which have since been shared and liked thousands of times. 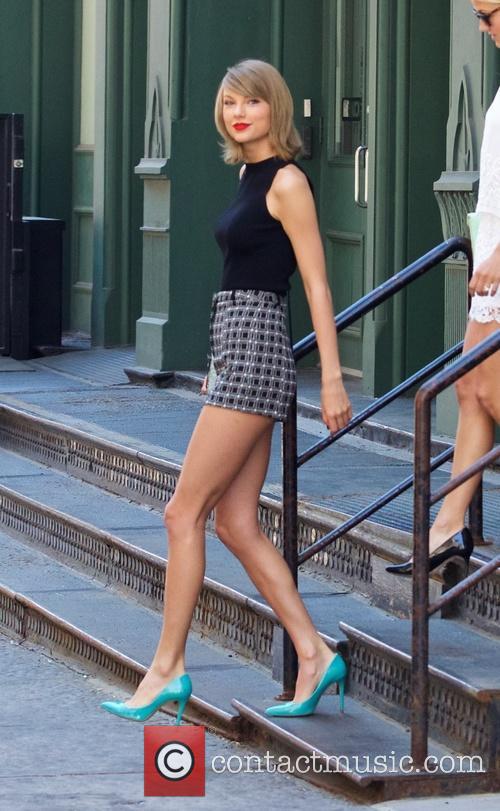 When it was posted on Wednesday last week (May 20th), Pierce admits that it was meant as “kind of a joke, really. I just wanted to see if I could get more followers on Twitter.” Just a day or so later, the story of the bet was spreading like wildfire. "It got out of hand fast. It escalated quickly," Pierce said.

When asked why Swift was singled out to be the subject of the bet, Pierce admitted that he had a bit of a crush on her. “Pretty much all semester, I've been talking about Taylor Swift,” he stated.

However, even if the call does take place, Pierce has told the students that he’ll have to administer some kind of test anyway, in order to actually, you know, do his job. But, it might be easier and less stressful than a sit-down exam.

Fellow student Ashton Goodell, who initially shared the picture of the deal on Facebook, said “I think if Taylor Swift called, everyone's going to go and try to get a celebrity's attention. Everybody wants to meet a celebrity. Taylor Swift? That'd be pretty crazy.”

Stoner himself was also interviewed, and was hopeful that the ‘Shake It Off’ singer would make the call but conceded that he had no way of knowing whether she had seen the story yet. “Come on Taylor,” Stoner implored. “Please call for us.”