Taylor Swift Competition Hackers: Who Gets The Last Laugh? 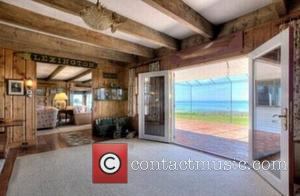 A group of online hackers have hijacked a Taylor Swift concert competition. The group, known as The 4chan /b/tards have manipulated a competition, in order to send Taylor Swift to perform at a school for the hearing impaired. Their joke, however, may well have backfired on them, as the Horace Mann School for the Deaf and Hard of Hearing's principal Jeremiah Ford has welcomed the notion of a Taylor Swift concert at the school. "I don't think it's funny at all," said the principal. "I don't know what motivates (the hackers), but it's clearly backfired on them. I think it would be an opportunity to educate the world that deaf people can do anything including listening to music."
The promotion, hosted by Papa John's and Chegg, will see the top five schools (voted for online) getting $10,000 for their music departments. The school with the most votes also gets a Taylor Swift concert. The hackers clearly thought they were being smart but in actual fact, the school would welcome such a concert. As Ford explained, many of the students at the school have access to music and can feel the vibrations, as well as some pitch sounds. The school hasn't had a music teacher for some time but Ford is confident that they could use the $10,000 to make musical accommodation for the pupils. "If the school wins, it would be very cool," said the principal.
There's been no comment so far from Taylor Swift's camp but one 4chan member said "The epic thing about this is, Taylor Swift can't exactly back down and refuse to play for a load of deaf kiddies without a media slaughter ..."