Aretha Franklin serenading you, Beyonce and Jay-Z attending your party, it could only be Taylor Swift’s birthday.

Happy birthday Taylor Swift! The ‘Blank Space’ singer has just turned 25 and boy did she ring in her big day in style. Swift spent the final minutes of her 24th year and the first minutes of her 25th performing as part of the annual Jingle Ball in New York City. 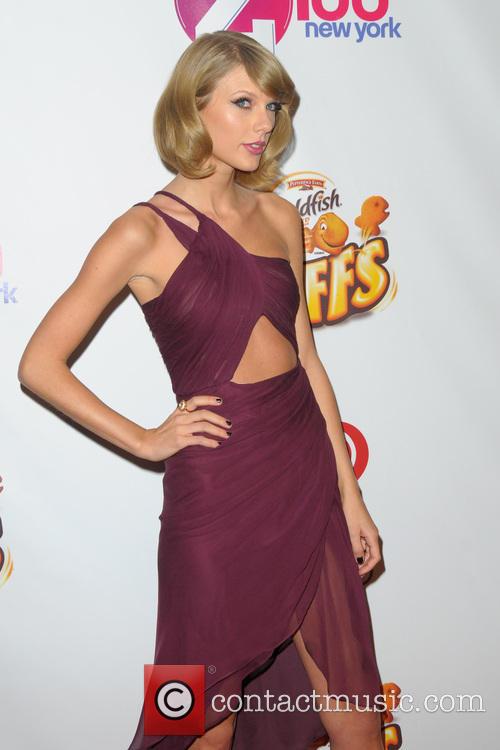 Earlier in the night Taylor had been presented with the Woman of the Year award at Billboard’s Women in Music event where Aretha Franklin sang ‘Happy Birthday’ to her during a Q&A. Also in attendance were fellow honourees Idina Menzel, Charli XCX and Ariana Grande.

Swift was clearly over the moon at being serenaded by the legend as she tweeted, “Aretha Franklin just sang 'Happy Birthday' to me and it will take me decades to recover. #goals”.

During her acceptance speech for the woman of the year award "I turn 25 at midnight tonight, and I fully intend to celebrate like it's 1989," Swift joked referencing her hit album. The singer then took to the Jingle Ball stage performing hits 'Welcome To New York', 'Trouble' and 'We Are Never Getting Back Together' from her fourth album Red, as well as singing 1989 hits 'Blank Space' and 'Shake It Off'.

Swift later began her birthday celebrations with friends including Sam Smith, Karlie Kloss, HAIM and none other than the royal couple themselves, Beyonce and Jay-Z. Posting a picture of the festivities on Instagram Swift wrote, “So this is being 25...... #WHAT?”

It all tops off a tremendous year for Swift which saw the release of her fifth album, 1989 which sold over a million copies during its first week of release.