Guys. Guys. It's time to face the facts.

Update: Taylor Swift and Calvin Harris are indeed a thing. Besides hanging out A LOT recently and adopting matching outfits (see here), the pair have now stepped out holding hands. So that means it’s on... right? 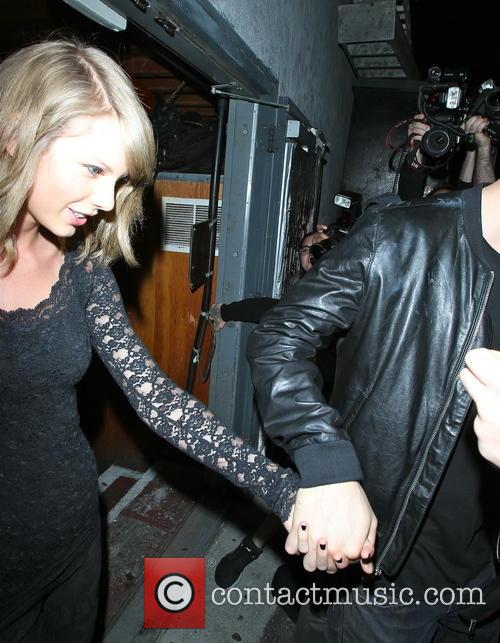 While not too obvious in this photo, that leather-clad arm is indeed attached to Calvin Harris.

According to People’s timely report, The 25-year-old singer was spotted holding hands with DJ Calvin Harris as the pair left a concert at the Troubadour in West Hollywood on Thursday. What makes this even more awesome is that said show was by Haim, aka the awesome all-female indie trio, who vacationed with Swift last month.

Earlier in the week, the couple were spotted in Nashville, shopping together at Wholefoods (surefire sign of romance, right?) and attending a Kenny Chesney show. Swift even gave a surprise performance with Chesney. But really, with her country roots, was it that much of a surprise?

More: Taylor Swift Is NOT Dating Calvin Harris. Here's Why.

However, Harris was not by Swift's side when she attended the iHeartRadio Awards in Los Angeles on Sunday, despite the fact that he won the award for dance song of the year for Summer.

Still, we’re calling it couple behaviour. With their histories of public relationships with high-profile celebs and/or collaborators, the pair are both matching a pattern. Swift has had high-profile romances with Harry Styles, Jake Gyllenhaal and John Mayer. Harris has dated British singer Rita Ora and Ellie Goulding, who also happens to be one of Swift's friends.