She drops her newest single and it's all about her beau.

Taylor Swift reassures everyone that she's doing just fine now that she is going steady with her boyfriend Joe Alwyn, and says so in her brand new song 'Call It What You Want'. It's the fourth single from her hugely anticipated forthcoming studio album 'Reputation'. 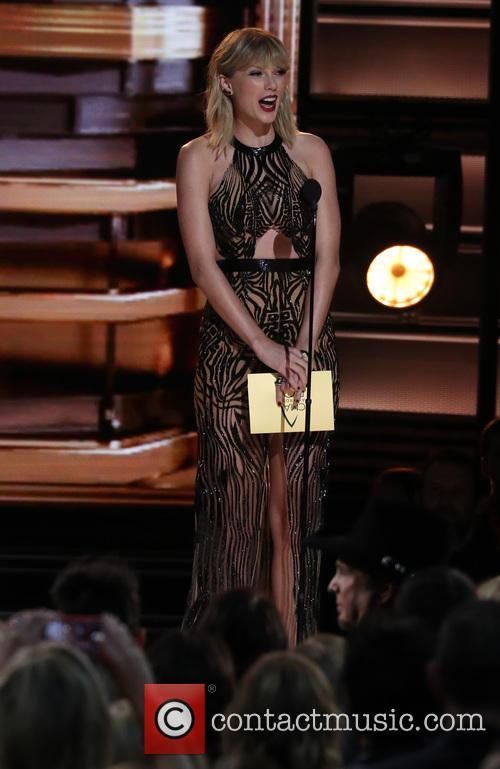 The 27-year-old drops a new lyric video for the track, which begins with clips from her collection of personal videos - the likes of which she posts on Instagram. And the song itself is an insistence that despite all the public feuds she's been involved with, she's never been happier now that she's in love with her latest squeeze.

'My castle crumbled overnight/ I brought a knife to a gunfight', she sings. 'They took the crown but it's alright/ All the liars are calling me one/ Nobody's heard from me for months/ I'm doing better than I ever was.'

We're glad to hear it, Tay! The song was co-written and produced by her new favourite writing partner Jack Antonoff, who also worked on her epic lead single 'Look What You Made Me Do'. She has also been working alongside Max Martin and Shellback, who produced the other songs she's released from the album: 'Gorgeous' and '...Ready for It?'.

Fans are eagerly awaiting the official video for 'Call It What You Want', after the immense success of her previous two videos. Perhaps it will be a more romantic clip; it would be just amazing if her 'Billy Lynn's Long Halftime Walk' star beau made an appearance, though they have been keeping their relationship seriously under wraps so it's unlikely.

Still, with lyrics like: 'I want to wear his initial on a chain round my neck... Not because he owns me/ But 'cause he really knows me/ Which is more than they can say', it's clear that Taylor wants to shout about her perfect relationship from the rooftops.

'Reputation' will be released on November 10th 2017 through Big Machine.