The ‘Shake It Off’ singer honoured the sporting stars who last week beat Japan in the World Cup finals.

Taylor Swift had some very special new friends to show off during her concert at New Jersey’s Met Life stadium on Friday night, as the singer was joined onstage by America’s sporting heroes of the hour, the US Women’s Soccer Team (and their World Cup trophy). The squad demonstrated some serious girl power last weekend when they took home the Fifa Women's World Cup by beating Japan 5-2 in the tournament’s final. 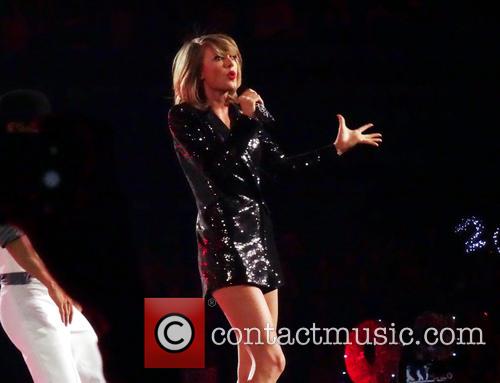 Taylor Swift honoured the US Women’s soccer team during her gig on Friday.

Swift had begun her show by telling fans, “We’ve got some surprises for you tonight,” and as always the singer lived up to her promises. During her hit ‘Style’ the USA team members (four of whom are from New Jersey) joined the singer onstage bringing with them their coveted trophy.

The players even let Swift hold the cup as they waved two large American flags while the crowd chanted “U-S-A”. The appearance rounded off what’s been a whirlwind day for the team which included parading through the “Canyon of Heroes” and receiving keys to New York City. The team's victory was made even more special as they took the trophy back to America for the first time in 16 years.

More: Of Course Taylor Swift Had The Best Fourth Of July Weekend Ever

The Met Life stadium gig is the latest stop in Swift’s mammoth '1989' world tour which is set to continue right through to the end of the year. On Saturday night the singer will play her second gig at the New Jersey stadium before moving to Washington, D.C. on Monday.