Who Has Taylor Swift Penned 'Better Man' About?

The singer wrote a new song for Little Big Town.

Little Big Town have confirmed that their latest single 'Better Man' was written by the one and only Taylor Swift, and everyone's going nuts trying to work-out who it's about. It's certainly a break-up song, but which of the popstar's many exes is it aimed it? 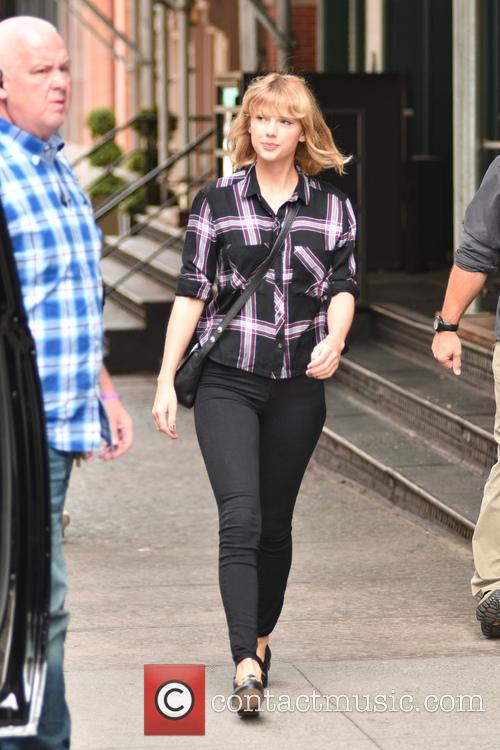 The music video for 'Better Man' dropped yesterday (November 1st 2016), and Karen Fairchild of the band revealed in a Facebook Live video that Swift sent them the song after deciding it would be perfect for them because of the harmonies.

'Some of you have been asking and we told you that there was a young girl in Nashville that wrote it by herself, and it's Taylor Swift', Fairchild told her fans. 'She sent us this song and it was one that was really special to her, and she thought of us because of the harmonies. She's never pitched the song to anyone before and the moment that we heard it we were like, 'Man, that is a song that we're going to cut.''

Taylor confirmed the news herself with an Instagram post. 'Feeling really honored that a band I've loved for so many years decided to record this song I wrote', she said, going on to wish them luck at the CMA Awards which take place tonight (November 2nd 2016).

The song comes ahead of the country group's seventh album 'The Breaker' due for release less than a year after June's 'Wanderlust'. It's the first single from the new record and has so far reached number 20 on the US Hot Country chart. From lyrics like,'I know I'm probably better off on my own/ Than lovin' a man who didn't know/ What he had when he had it' as well as 'I know the bravest thing I ever did was run', it's obvious that this is yet another break-up song.  So now the question is, who was 'Better Man' written about?

There has always been a media storm surrounding Taylor's love life and this year it has been particularly scrutinised given that she has both dated and broken up with two high-profile boyfriends; DJ Calvin Harris and 'Thor' star Tom Hiddleston. Of course, there's nothing to say that Taylor didn't write the song years ago about another ex-beau, if it's about a former lover at all, but it's pretty telling to see another break-up song from Taylor come out at this time.

Little Big Town are going to be doing their 'Little Big Town At The Mother Church' shows next year with two shows at the Ryman Auditorium in Nashville in February, May and September each. Their new album, 'The Breaker', is set for release via Capitol Nashville on February 24th 2017.