Taylor Swift And Sam Smith Emerged As Early Contenders In The 2015 Billboard Music Awards As The First Wave Of Nominations Was Announced On Tuesday (07apr15). 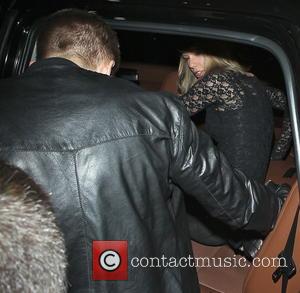 The singers both scored four nominations in the first five categories, which were announced by rapper Ludacris and rocker Pete Wentz on U.S. morning show Good Morning America.

Swift and Smith both earned nods for Top Artist, Top Billboard 200 album for 1989 and In the Lonely Hour respectively, and Top Hot 100 Song for Swift's Shake It Off and Smith's Stay With Me.

Other Top Artist nominees include Perry, Grande and One Direction, now as a four-piece since Zayn Malik quit last month (Mar15).

Swift will go head-to-head for the album prize with her pal Sheeran (X), Maroon 5's (V), and a cappella group Pentatonix (That's Christmas To Me).

Other competitors for the Top Hot 100 Song prize include Azalea featuring Charli XCX (Fancy), John Legend (All of Me), Trainor (All About That Bass).

Further nominations will be announced at a press conference later on Tuesday (07Apr15).

The Billboard Music Awards will be held at the MGM Grand Garden Arena in Las Vegas on 17 May (15). It will hosted by Ludacris and Chrissy Teigen.