The couple have apparently confirmed their relationship.

Last month rumours surfaced that Taylor Swift was dating acting newcomer Joe Alwyn, and now it seems those claims have been confirmed as pictures emerge of the stars having a breakfast date together in the singer's hometown of Nashville, Tennessee - despite their attempts at keeping the relationship under wraps. 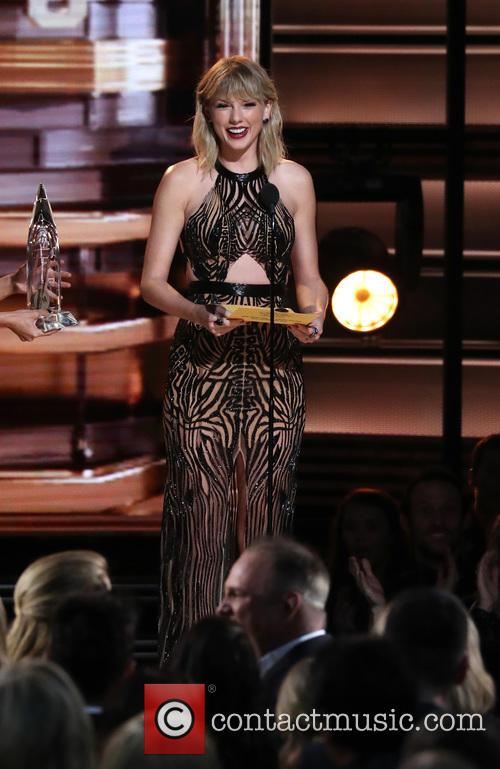 Perhaps they have decided that now's the time to unveil their love to the world because far from adopting a variety of disguises and keeping her public appearances as low key as possible as was previously reported, she was happily chatting away and enjoying a refreshment with Joe on a balcony in full public view at an undisclosed location in Nashville on a Saturday.

This has hardly been a 'secret' relationship, however. Apparently, both their families know all about it (and, indeed, the couple have both met their other half's parents) as well as a small circle of close friends including, according to E! Online, Selena Gomez and Gigi Hadid.

'This isn't a new couple alert or a secret relationship - the only people this has been a secret to is the media', a source told the Sun in May. 'All of us, Taylor and Joe's closest friends and their families, were aware they have been together for several months and have known each other for a long time.'

It was previously reported that 27-year-old Taylor had been donning wigs and only flying via private jets to London in order to stay as incognito as possible while she was visiting 26-year-old Joe, who reportedly still lives with his parents. After the publicity surrounding her relationship with Tom Hiddleston last year, it's no wonder she wanted to stay under the radar.

Taylor and Joe apparently met while he was shooting his film debut 'Billy Lynn's Long Halftime Walk' which came out in 2016.