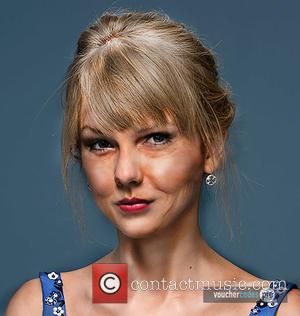 The Shake It Off hitmaker was given the top prize of the night with the Artist of the Year award, and she took the opportunity to pay tribute to her fans for their continued support.

She said, "More than anything in the world I hope that... the fans (know) how much I adore you, how much I put you first. I am so proud that having done this for 10 years now, we've gotten closer and closer, not further apart. I love knowing your stories. You make me so happy."

Swift also earned the first award of the night for Best Lyrics thanks to her hit Blank Space, and also won Song of the Year for Shake It Off.

Other winners included newlywed Jason Aldean, whose Burnin' It Down won Country Song of the Year, Ariana Grande, Jessie J and Nicki Minaj, who were given the Best Collaboration prize for their hit Bang Bang, while country star Brantley Gilbert was given the first-ever Renegade award to recognise him as a true original in the industry.

Special honouree Justin Timberlake was presented with the Innovator Award by fashion designer Tom Ford, and he was shown a special video tribute featuring friends including Jimmy Fallon, Swift, Timbaland, and Pharrell Williams, who won the same prize last year (14).

In his acceptance speech, Timberlake said, "Growing up in school, no one ever called me anything close to an innovator. They called me different, they called me weird. They called me a couple other things that I can't say on TV, so thankfully my mother taught me that being different actually meant that you could make a difference.

Timberlake ended his speech by thanking his wife Jessica Biel, who is pregnant with their first child, adding, "Lastly, you can't have innovation without creation, so I want to thank my best friend, my favourite collaborator, my wife Jessica who's at home watching. Honey, I can't wait to see our greatest creation yet. Don't worry, Daddy's heading home right now to innovate by learning how to change a poopy diaper and get my swaddle on."

Iggy Azalea and Jennifer Hudson kicked off the second annual prizegiving with a performance of the Aussie rapper's track Trouble, while Rihanna performed her new single B**ch Better Have My Money, and Madonna sang her latest offering Ghosttown with Swift on guitar.

Song of the Year: Shake It Off by Taylor Swift

Alternative Rock Song of the Year: Take Me to Church by Hozier

Country Song of the Year: Burnin' It Down by Jason Aldean

Dance Song of the Year: Summer by Calvin Harris