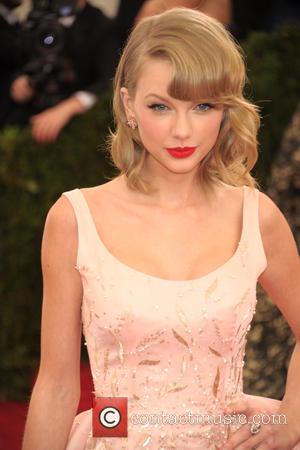 Jaime King was equally active on social media during the festivities, Tweeting and Instagramming with gusto. "Portrait of heaven amongst friends. Taylor, Amanda, Ashley, Dan, Austin, Jessica, Jess, Odeya, Andrew, Emma, Colin, Vicky, Simon & Zac. Shot by @kyle_newman," the actress captioned a photo of the group riding the waves on a large speedboat.

She also posted a hilarious, slo-mo video of Taylor jumping into her pool on the back of an inflatable turtle. Crediting her husband, Kyle Newman, with the funny clip, King joked "There is only ONE ninja turtle in town and that is @TaylorSwift."

The girls then headed into the kitchen to whip up a commemorative Independence Day cake featuring the American flag made out of raspberries, blueberries and strawberries. "We made apple pie because America," the '22' singer captioned a photo of her sugary homebakes.

Meanwhile, Lena sent out her own holiday best wishes, tweeting "4th of July is my Coachella. Be free, ya noodles!" 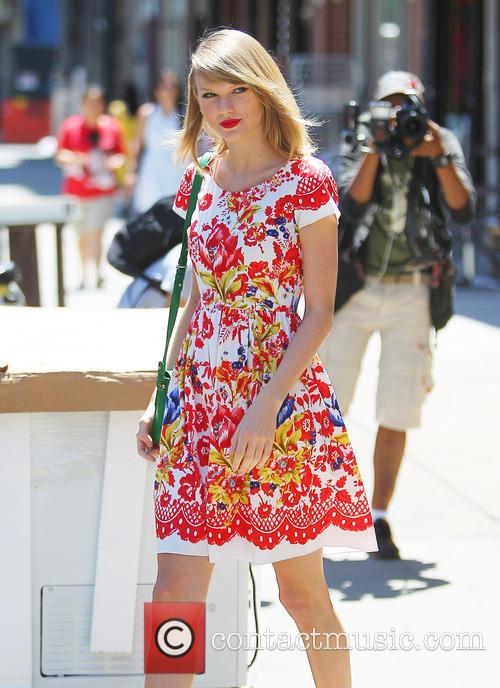 Bring On The Envy! Taylor Swift Had A Typically Beautiful July 4th House Party With Friends.