Swift effected a change in Apple Music's policy with an open letter, but now a photographer has accused her of doing exactly the same thing to freelance photographers over image rights.

A photographer has published an open letter accusing Taylor Swift of “double standards” in her hardline stance over the Apple Music streaming service.

Earlier on Monday (June 22nd), the pop star made headlines after a letter she addressed to Apple Music caused a U-turn in its policy. Swift had claimed that the company’s stance on withholding payments to artists during a three month trial period was “not fair”, and had threatened to prevent Apple from streaming her current smash hit album 1989.

Sheldon effectively argued that this stance was hypocritical because she does not play fair over image rights. “If you don't like being exploited, that's great - make a huge statement about it, and you'll have my support,” he wrote. “But how about making sure you're not guilty of the very same tactic before you have a pop at someone else?” 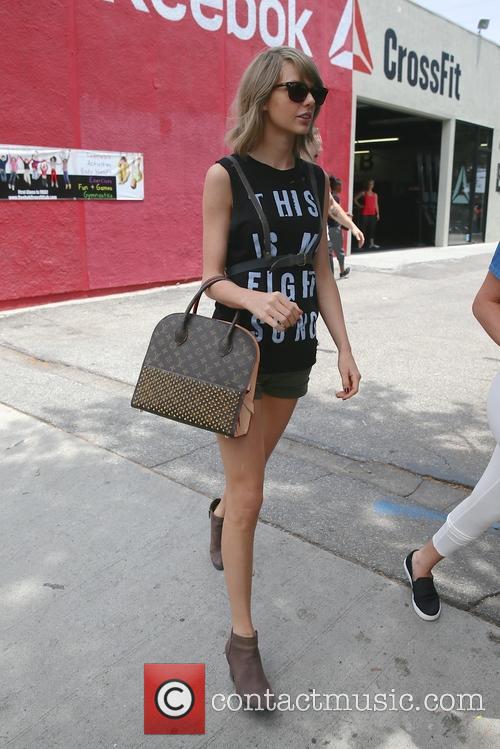 “With all due respect to you too Taylor, you can do the right thing and change your photo policy. Photographers don't ask for your music for free. Please don't ask us to provide you with your marketing material for free.”

British photographer Sheldon, who operates the Junction 10 agency in Walsall, England, says that Swift’s representatives and those of other major artists frequently rang him and other freelance photographers to hand over the rights of their images from Swift’s live shows.

He argues that the contents of contracts for these types of shows mean that he and his colleagues can only ever make money from their images once and never again, with the long-term rights rolling over to the artist in perpetuity.

“I can't use it in my portfolio, feature it on my website and even the original newspaper couldn't reuse it,” he wrote while placing a copy of a permission form he had to sign to cover Swift’s March 2011 gig at Birmingham’s LG Arena. “What's more, they can give my image to my clients for press purposes. It's giving my work away for free.”

However, some of the claims that Sheldon makes in his letter have been disputed by Swift’s representatives in a statement. It read: “The standard photography agreement has been misrepresented in that it clearly states that any photographer shooting The 1989 World Tour has the opportunity for further use of said photographs with management's approval.”

It continued: “Another distinct misrepresentation is the claim that the copyright of the photographs will be with anyone other than the photographer - this agreement does not transfer copyright away from the photographer… …Every artist has the right to, and should, protect the use of their name and likeness.”

Sheldon responded to this with “I fully agree with Taylor Swift's stance against Apple, but it's about her playing by the same rules she wants to live by,” he said.