Only A Few Hours Until The Grammy Nominations Concert: Let's Preview. 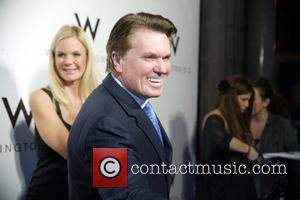 LL Cool J and Taylor Swift will be hosting affairs. An unlikely match you might say, but they've proved their on stage chemistry by working well together in an ad for the Grammys earlier on in the year. All eyes will be on One Direction, as their name being called out will mean more than a Grammy, but a public coming together of Harry Styles and Swift, who have been rumoured to be dating recently. Depending on how the next few months go, it could be explosive, awkward or both - either way it'll make for great television. Maroon 5, Ne-Yo, and The Who will all be performing, and can boast Grammy pedigree in their ranks, with nominations, wins and past live shows amongst the pack.

Ne-Yo spoke with MTV News last weekend, saying that he might use the event to bring up some album-title drama with Swift. "I can honestly say that even though I don't believe in accident or coincidence, it is completely coincidental that we keep winding up in the same places, even that our album titles are similar," he said about his album named R.E.D. and hers named Red. "It's completely coincidental, but like I said, I don't believe in coincidence, so it's got to mean something." Tune in to CBS at 10 p.m. ET/PT to see what goes down.