Lily Aldridge loves having dinner dates with ''sweet'' and ''humble'' Taylor Swift, who often cooks for the Victoria's Secret model. 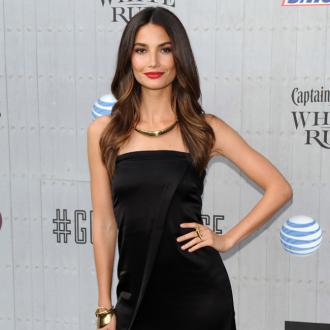 The 29-year-old beauty - who recently admitted her and husband Caleb Followill's two-year-old daughter Dixie Pearl is ''best friends'' with the 'Style' hitmaker - loves hanging out with Taylor, 25, and has enjoyed getting to taste her culinary delights.

She said: ''Taylor makes me dinner. And she's the sweetest, most humble girl I've ever met.''

The Victoria's Secret Angel - who is one of the world's most attractive women - added she isn't concerned with being complimented for her beauty and would much rather be described as ''funny''.

She explained: ''I don't think of myself as an object of lust. I can't even say that with a straight face. I'm more flattered when someone thinks I'm funny.''

She added she loves nothing more than spending her time letting down her hair and ''dancing at honky-tonks with 80 year olds''.

Surprisingly Lily also confessed she was never asked out on dates in her younger years and even missed her school prom because she was away working.

She told Maxim magazine: ''I know it's an age-old story that no one believes, but no one asked me out in high school. I was in Paris working, but I would have rearranged my schedule.''