Taylor Swift and her boyfriends have, in the past, been in the news for hook-ups, break-ups, lyrics and awkward t-shirts but now her current British beau, Joe Alwyn, has been in the news in praise of his superstar partner's revealation she will be voting for her Democrat senator. 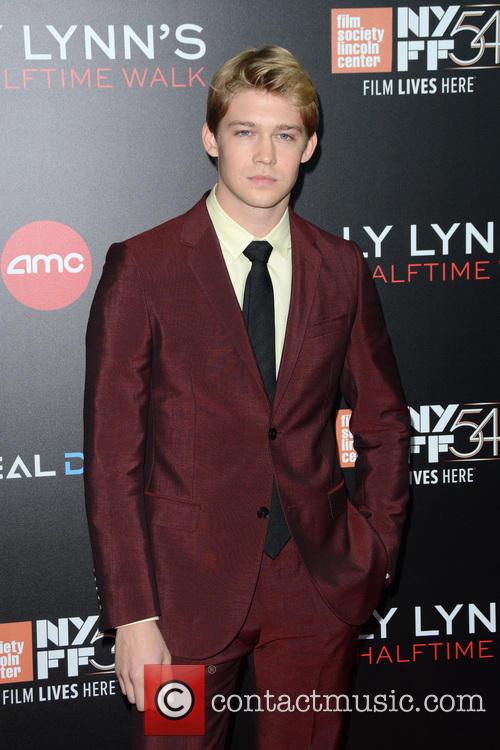 The 27-year-old actor has praised his girlfriend for her recent social media posts, in which she endorsed two Democratic candidates and encouraged her followers to vote early, despite her previously never airing any political views.

Look What You Made Me Do hitmaker Taylor, whose past loves have included British actor Tom Hiddleston and Scottish DJ, Calvin Harris, has been credited with a colossal spike in voted registration earlier this month.

On Thursday night, when asked on the red carpet at the BFI London Film Festival screening of his new movie The Favorite about Taylor's newly public political stance, Joe told a reporter: "I think it's great, I think it's important."

The pair are believed to have been dating since 2016 but were first publically photographed in May 2017.

Swift broke her long tradition of staying silent about politics to speak out against Republican Senator Marsha Blackburn, who is running for re-election in Tennessee.

The Reputation hitmaker wrote that she would 'like to continue voting for women in office' but could not support Blackburn in the key Senate race.

"Her voting record in Congress appalls and terrifies me," she wrote. Swift went on to encourage her 112 million followers to educate themselves on key issues ahead of the election this November.

"For a lot of us, we may never find a candidate or party with whom we agree 100 percent on every issue, but we have to vote anyway," she wrote.