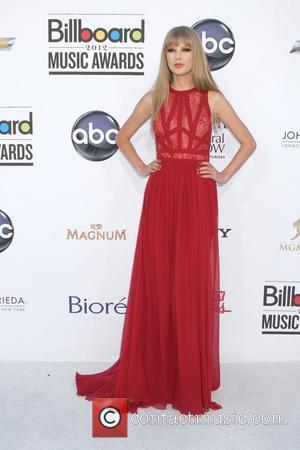 Taylor Swift has sent romance rumors swirling after she was spotted spending time with Patrick Schwarzenegger over the Fourth of July holiday. For those who haven't figured it out already, Patrick is the son of Hollywood movie star turned politician Arnold Schwarzenegger.
According to Tmz.com, the country superstar spent a "romantic" holiday with Patrick in Cape Cod, strolling along the beach while laughing and joking. Insiders say the two were also spotted with several members of the Kennedy family. It's unclear whether the pair are hooking up, though Swift certainly appears to have a thing for the more famous end of the guy spectrum. In the past, she's dated Hollywood star Jake Gyllenhaal, singing heartthrob Joe Jonas, and blues musician John Mayer. Whatever happened between Taylor and Patrick, Schwarzenegger certainly enjoyed it, tweeting to his followers, "Had such an amazing day. Best 4th of July I could ask for. Hope everyone had a great day!".
Taylor is yet to comment on the visit, though has discussed her surprise appearance in Tanglewood, Massachusetts on Monday where she joined James Taylor on-stage for a couple of songs. Recalling the duet Swift wrote, "Just had the honor of performing with James Taylor to a sold out crowd in MA. We sang Fire and Rain, Ours, and Love Story".