The civil trial to resolve the 2015 suit and counter-suit between Swift and former DJ David Mueller, began in Colorado on Tuesday.

A former radio DJ who was sacked when he was accused of groping Taylor Swift before a concert has testified in court today, claiming that he may have touched the pop star’s ribs with a closed hand when he tried to jump into a photo with her, but insisted that he did not touch her backside as Swift had claimed.

27 year old Swift accuses former disc jockey David Mueller of slipping his hand up her dress as they posed at a photo op backstage at one of her concerts back in June 2013 at Denver’s Pepsi Center. Her legal representative claimed in an opening statement at a civil trial in Denver, Colorado on Tuesday (August 8th) that Mueller had “grabbed her rear end”, according to local reports.

Mr Mueller sued the singer in September 2015, calling her allegation false and that she had cost him his $150k-per-year job as a host at country music station KYGO-FM. He is seeking $3 million in damages. 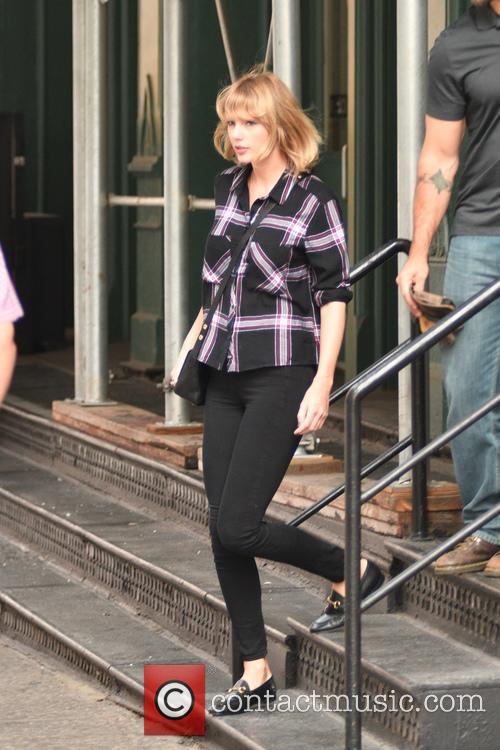 Taylor Swift outside her New York apartment in September 2016

Swift, who attended court on Tuesday with her mother Andrea, counter-sued a month later saying that what Mueller had done constituted assault and battery. She is seeking a token $1 award, saying she wants to serve as an example to other women who have been assaulted.

Mueller, testifying when the photograph of Swift, Mueller and Mueller’s then-girlfriend taken in 2013 was examined in front of the jury, said that “our hands touched and our arms touched” and that he may have touched Swift’s “rib cage, or rib, or ribs”.

The photo apparently shows Mueller with his hand behind Swift and just below her waist as he smiles, something Swift’s legal team call “damning” proof that he groped her.

However, Mueller’s lawyer, Gabriel McFarland, showed jurors the photo in his opening remarks and said: “If you look at that photograph, his hand is not underneath Miss Swift’s skirt, and her skirt is not rumpled in any fashion.”

Douglas Baldridge, Swift’s attorney, told jurors in his opening remarks that his client was “absolutely certain” she was sexually assaulted and will prove it in court. He also asked what possible reason Swift would have to fabricate the allegation. “That’s the one and only story we have to tell you, that Mr Mueller grabbed her rear end,” he said.

The trial continues, and is expected to last two weeks.

More: Taylor Swift earns $400k in two weeks since bringing her music back to streaming services