It was one of the biggest showbiz get togethers that was followed by millions of fans alike when Swifty and Calvin became a couple. The pair frolicked on inflatable swans, cooked, looked after Taylor’s cats and hung out in impossibly cute places looking impossibly adorable. But then the dream was over and the claws came out. 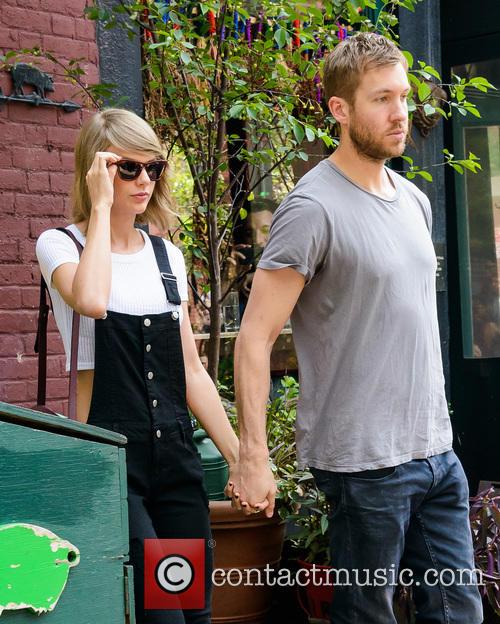 The pair split after just over a year together in June 2016 and mere weeks later Swifty was caught snogging British actor, Tom Hiddleston, before the social media backbiting began.

Not only did one fan spot that Calvin had unfollowed Taylor on Twitter (and her brother, Austin), the DJ also deleted all the couples' soppy PDA pictures from his Instagram account and, most notably, the tweet about what remained from the end of their relationship being "love and respect".

And then, almost a month after they broke fans hearts worldwide, the Scottish DJ finally snapped when rumours began emerging that Taylor Swift actually wrote the lyrics to Calvin's song with Rihanna, This Is What You Came For.

He laid into his ex with a series of tweets and wrote: "Hurtful to me at this point that [Taylor] and her team would go so far out of their way to try and make ME look bad at this stage.

"I know you’re off tour and you need someone new to try and bury like Katy [Perry] ETC but I’m not that guy, sorry. I won’t allow it."

Well now, almost a year after the heated postings, multi-millionaire musician Harris has acknowledge for his post-split behaviour and admitted he "snapped".

Speaking to GQ, the hitmaker said: "It was completely the wrong instinct.

"I was protecting what I see as my one talent in the world being belittled. It felt like things were piling on top of me and that was when I snapped."

He added: "It’s very difficult when something I consider so personal plays out very publicly.

"The aftermath of the relationship was way more heavily publicised than the relationship itself. When we were together, we were very careful for it not to be a media circus. She respected my feelings in that sense. I’m not good at being a celebrity. But when it ended, all hell broke loose.

"Now I see that Twitter thing as a result of me succumbing to pressure.

"It took me a minute to realise that none of that matters. I’m a positive guy. For both of us it was the wrong situation.

"It clearly wasn’t right, so it ended, but all of the stuff that happened afterwards."

Could a reunion of music's finest lovebirds be on the cards?