Another Week At Number 1 For Taylor Swift

After nearly three months on sale, there's still no sign of Taylor Swift's domination of the American charts coming to an end.

Another week, another number one album! Taylor Swift sits atop the latest edition of the US Billboard 200 in figures released by Nielsen SoundScan. For a ninth week, the superstar’s fifth album 1989 is the best-selling album in America. 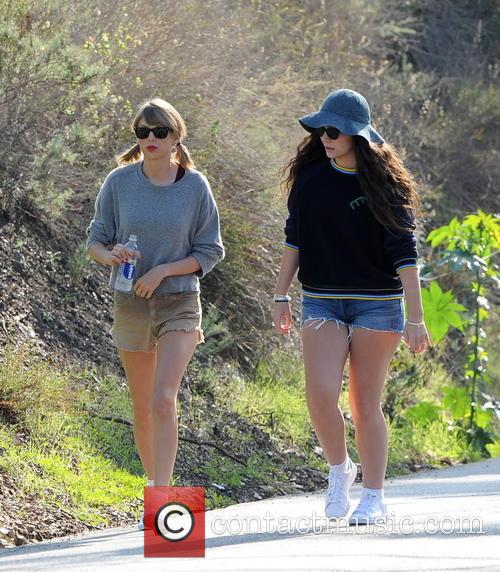 Taylor Swift, pictured here with fellow pop star Lorde, is Number 1 in the US yet again

1989 has now sold 3.94 million copies in the States, and it’s well on the way to becoming Swift’s fifth album to sell over 4 million, since each of her previous efforts have passed the milestone. While it’s comparatively easy to be on top of the charts in the traditionally quiet month of January in terms of new album releases, to sell six figures after nearly three months on sale is quite a feat.

Elsewhere in the new Billboard 200, British star Ed Sheeran climbs one place to number 2 with his second album X (76,000 units). The album hasn’t been as high as this since its release back in July 2014 when it reached the top. Nicki Minaj’s The Pinkprint swaps places with Sheeran in third place (60,000 units), while soul singer Sam Smith continues to impress by holding steady at number 4 with 57,000 sold of his album In The Lonely Hour.

The only new entry in the entire Top 30 rounds out the Top 5: hip-hop duo Rae Sremmurd shifted 49,000 units in its first week with debut album SremmLife. It displaces the soundtrack to Guardians of the Galaxy, which tumbles to number 8 below non-movers Hozier (number 6) and J Cole (number 7).

With no likely challengers set to release new albums for a couple of weeks, it seems that Swift’s domination will continue unabated for the foreseeable future.