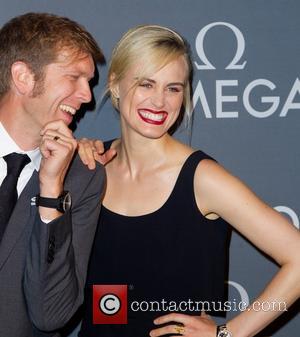 Orange Is The New Black star Taylor Schilling was left petrified after police officers confronted her on the street to compliment her about prison drama.

The actress is still getting used to all the attention after her show became an instant hit when it debuted on Internet streaming service Netflix earlier this year (14) and she was stunned when two officers pulled up next to her as she walked down a street.

Schilling admits she was scared speechless, but the officers simply wanted to tell her how much they enjoyed the show.

She says, "(They were like), 'Taylor Schilling!' and I was like, 'Oh, my God'. I thought people might be upset with me because I was doing this show about the prison system and these two police officers... were like, 'Oh my God, we love your show!'

"I felt so bad because I couldn't even pull it together and say, 'Hey thanks'. I was so scared, and then they just drove away."

Schilling tells The Hollywood Reporter she felt uncomfortable when she went from being an unknown to a familiar face overnight after the show launched.

She reveals, "There was a 24-hour period where everyone had watched all 13 hours of season one (of Orange is the New Black). All of a sudden there was over-familiarity... It's very weird and deeply uncomfortable. People say some pretty mean things about my character."